Austria: Managers under trade law: how will Constitutional Court rule?

The Higher Administrative Court(1) recently requested that the Constitutional Court repeal Section 39(2) of the Trade Act, as it infringes fundamental rights guaranteed by the Constitution. Initially, this update gives a brief overview of the prerequisites to obtain a trade licence and appoint a director under trade law in Austria.

In order to carry out a trade in Austria, a trade licence is required. This can be obtained after registration with the competent trade authority. Companies (eg, partnerships, limited liability companies and joint stock companies) must appoint a director under trade law, who must provide proof of professional competence on behalf of the company for the specific trade.

In order to determine whether a company must obtain a trade licence, it must assess:

Depending on the intended operations, the Trade Act distinguishes between free trades and regulated trades. Free trades can be registered by everybody, regardless of their education and vocational training, while regulated trades require proof of professional competence for the specific trade. Whether a trade licence is required and whether the respective trade is a free or regulated trade is assessed on an individual basis. If a trade licence is required, an application for such a licence must be made with the competent authority (eg, in Vienna this would be the municipal district office of the respective district in which the trade is carried out).

On August 18 2017 the Higher Administrative Court requested that the Constitutional Court repeal Section 39(2) of the Trade Act on the basis that this provision infringes fundamental rights guaranteed by the Constitution.

The appellant in the case at hand was an Austrian family business. Mr D worked for the appellant both as a trade manager and managing director for several years. D stepped down as managing director but continued to hold his position as trade manager. During this period, he was insured as an employee under the General Social Security Act. After acquiring 75% of the shares in the company, D became the main shareholder. As a shareholder, D was not considered an employee and thus shifted to another insurance for self-employed individuals.

As a consequence, a local trade authority denied D of his right to act as trade manager. In line with the wording of Section 39(2) of the Trade Act, the authority pointed out that D was neither an employee of the respective company (due to his role as a 75% shareholder) nor a member of the management board authorised to represent the company.

The company appealed this decision but the competent administrative court dismissed the appeal. The case was then handed to the Higher Administrative Court which, in support of the appeal, requested that the Constitutional Court repeal Section 39(2), as it considered this provision to be unconstitutional.

The Higher Administrative Court argued that Section 39(2) infringes the fundamental right to carry out business – a right guaranteed by the Constitution. It is settled case law of the Constitutional Court that this fundamental right can be restricted only after an assessment of whether the restriction is proportional (assessment of proportionality). For example, restrictions might be proportional if they aim to protect public health or consumers' interest.

The Higher Administrative Court further stated that Section 39(2) is clear in its wording and leaves no leeway for interpretation. According to the provision, D did not fulfil the legal requirements. However, as a shareholder, D was clearly able to control the business and was undoubtedly involved in the company. As mentioned above, he was also professionally competent to be trade manager. The Higher Administrative Court finally concluded that D did not fulfil – but rather over fulfilled – the requirements, although not on a formal level.

In such cases, Section 39(2) quite obviously infringes the fundamental right to carry on business and cannot be justified under the concept of proportionality.

The case is pending at the Constitutional Court. Austrian legal practitioners are already eagerly awaiting this judgment, which is expected to be issued during 2018. 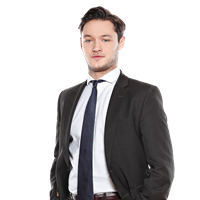