In addition to the Data Protection Amendment Act 2018, the Austrian federal legislature developed a broad approach to reconcile Austrian legislation with the GDPR and adjusted more than 230 ordinary laws. Further, the Data Protection Authority (DPA) issued two ordinances. Pursuant to Articles 35(4) and 35(5) of the GDPR, the DPA published a whitelist (BGBl II 2018/108) and a blacklist (BGBl II 2018/278) of processing operations which are subject to data protection impact assessments. Notably, processing activities not covered by these lists remain subject to the controller's independent assessment.

Legislation was also passed to amend 17 administrative acts in the science and research sector (BGBl I 2018/31). Pursuant to Article 35(10) of the GDPR, 28 data protection impact assessments were carried out to accompany the new legislation. The results of these assessments were published in the Austrian Official Journal. Future data protection impact assessments in Austria can be used for guidance when drafting assessments, even though they deviate to some extent from the needs of private companies. Notably, the DPA was not consulted.

Constitutional Act and others

The Constitutional Act was amended alongside a few ordinary legislative acts. The Supreme Administrative Court, as well as the federal and provincial administrative courts, must rule on their own alleged GDPR infringements if accused of having infringed the GDPR while acting in their respective judicial capacities (BGBl I 2018/22).

The federal legislature also passed legislation governing data protection issues independently from the GDPR. This will have a significant impact on the protection of personal data in Austria.

Criminal Procedure Code and others

The Criminal Procedure Code, the Telecommunications Act and the Prosecutor's Office Act were amended to:

Under these amended acts, law enforcement has been authorised to:

Further, law enforcement has been authorised to seize letters linked to criminal offences which are punishable by imprisonment for over one year. The most controversial amendment in this regard was authorising law enforcement to install software (federal spyware known as Bundestrojaner) on computer systems – without the holder's knowledge – to bypass encryption and monitor encrypted messages. This amendment will enter into force only on 1 April 2020 and will expire after five years. The introduction of the federal spyware was postponed so that the minister of the interior may acquire the needed software.

Security Police Act and others

The Security Police Act, the Telecommunications Act and the Road Traffic Act were also amended (BGBl I 2018/29). The amendments concern matters such as:

Further, the identification of users of prepaid SIM cards was introduced.

The GDPR has created a new understanding and awareness of data protection. Despite its nature, a directly applicable legal act, the GDPR has created significantly more work for the legislature than simply transposing a directive. The Austrian federal legislature has chosen to impose the GDPR by implementing the narrow but general Data Protection Act and introducing amendments to ordinary legal acts individually. However, these amendments are essentially limited to wording adjustments and restrictions on data subjects' rights.

That said, a legal framework for data processing for research and scientific purposes has been created. In addition, the federal legislature has broadened the powers of law enforcement to process data and transposed, among other things, the PNR Directive. Although not directly linked to the GDPR, the amendments to the Administrative Penal Act also offer some relief concerning the GDPR's fine regime.

Major changes in trade secret protection are coming to Hungary 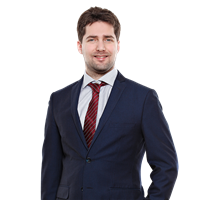