Many renewable energy investors have waited more than two years to see how green premium tenders would work in Hungary. The waiting was cut short by the Hungarian Energy and Public Utility Authority (MEKH) in September, when the first pilot tender was launched.

Auction-based subsidies in the renewable energy sector force energy generators to leave the safe world of guaranteed tariffs behind and take a more competitive approach when looking for state subsidies. It is yet to be seen whether the auction-based subsidies will boost investment in the renewable energy sector, but the launch of the first tender is a promising development for investors who intend to take on new developments.

The generally applicable mandatory offtake regime that provided guaranteed tariffs for energy generators using renewable energy sources was replaced in 2017 by a new RES subsidy scheme called METÁR. After METÁR entered into force, the mandatory offtake regime providing guaranteed tariffs was limited to small-scale power plants under 0.5 MW capacity (save for wind) or power plants that serve for demonstration purposes.

In the case of RES power plants with a capacity of more than 1 MW, a subsidy is granted in the form of green premiums allocated within tenders initiated by MEKH. The amount of the green premium is the difference between the subsidized price of electricity and the market reference price calculated based on the monthly average day-ahead prices on the Hungarian Power Exchange. In the course of the green premium tender initiated by the MEKH, RES generators bid for the lowest subsidized price of electricity. Thus, to receive subsidies, RES generators are incentivized to propose competitive subsidized electricity prices.

As of 2017, the operation of the auction-based green premium subsidy scheme remained theoretical until September 2, when MEKH published the documentation of the first pilot tender.

Any entity with a registered seat in an EU, EEA or Energy Community member state or with a registered seat or branch office in Hungary is eligible to submit a bid. However, green premiums may be granted solely to power plants that generate power from renewable sources within Hungary and that are either constructed as an entirely new investment or are renovated or developed to a value exceeding 50% of the original investment costs.

In the first category, the total amount of financial support that may be allocated among successful bidders is HUF 333 million per year. Furthermore, the total volume of subsidized electricity in the first category is limited to 66 GW/year. In the second category, the overall limit of financial support is HUF 667 million per year, and the volume of subsidized electricity may not exceed 134 GWh/year.

Winning bidders will be subsidized for 15 years under both categories. During the evaluation, brownfield investments will be preferred to greenfield investments. Bidders may submit proposals as of 8 a.m. on November 4 until noon on December 2, but only by electronic means.

Due to the pilot nature of the tender, the authority intends to hold a consultancy session for registered bidders at a later date. MEKH is expected to publish the results of the tender in early 2020. Bidders may access the tender documentation via its website.

Pursuant to the tender documentation, winning bidders will need to commission their subsidized power plants within three years of the finalization of the MEKH resolution on granting subsidy. If a bidder fails to meet this deadline, the right to receive the subsidy will lapse. 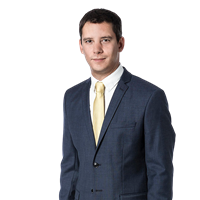