Update your checklist
Whether you are an investor, guarantor, seller, buyer or advisor of any of the foregoing, recent changes to Polish law, as well the changes which will enter into force soon, impose certain new compliance and transparency related obligations which you should bear in mind when preparing for, managing and closing M&A transactions.
Some of them may apply even if you do not have a presence in Poland.
Most of the new obligations are driven by the requirements of EU law. However, Polish lawmakers have decided to implement local particularities and to expand the requirements set forth in the EU legislation. Therefore, we recommend updating standard M&A checklists to include such items as:

Mandatory Disclosure Rules
The last item of the list, i.e. check if the agreed structure of the contemplated transaction should be reported under the Mandatory Disclosure Rules, is required by Polish legislation implementing EU Council Directive 2018/822 of 25 May 2018 amending Directive 2011/16/EU as regards mandatory automatic exchange of information in the field of taxation in relation to reportable cross-border arrangements ("MDR Directive")

The sooner such verification is undertaken the better, since the mere agreeing upon the structure of the transaction
may trigger reportability.

Finally, the beneficiary should ask the promotor (if any) to provide the unique tax scheme number assigned to the given
tax scheme by the tax administration.

Advisors should also liaise with other advisors involved in the process of structuring, preparing or implementing the
transaction to determine who will effectively report the arrangement to the tax administration. 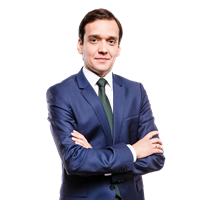