Monitor your trademarks – the Czech IP Office has stopped doing it for you!

Trademark owners need to be aware of the recent amendment to the Czech Trademarks Act, which implements EU Trademark Directive 2015/2436. The new amendment enables registration of trademarks that are identical to an earlier trademark. This will prove upsetting for careless trademark owners.

Registration enabled for a trademark identical to an earlier one
Until 1 January 2019, any application to register a trademark identical to an older trademark was rejected by the Czech International Property Office ex officio. This was most convenient for trademark owners who did not need to worry about someone else registering the same mark for the same goods and services. The Office used to reject applications submitted directly to it, and also rejected applications for international trademarks filed with the WIPO designated for the Czech Republic.
Now the Office no longer checks if the mark applied for is unidentical to any already registered trademark. If the trademark owner is not vigilant, a speculator may obtain an identical trademark for identical goods or services. In the worst-case scenario, two identical trademarks belonging to competitors will simultaneously be used on the market for the same products.
The primary reason behind this change is the intention of the legislator to further unify national trademark registration systems with rules applicable to EU trademarks. The new rules might also be motivated by an intention to simplify trademark registrations and to reduce protection provided to passive trademark owners who do not genuinely use or protect their trademarks.

Ways to combat copycats
The cheapest, but somewhat tiresome and error-prone way to prevent such a situation from occurring is to regularly check the respective trade mark journal and inspect newly published trademark applications. Alternatively, trademark owners can have their marks protected by a software-based monitoring tool that instantly alarms them if anyone applies for the same or a similar trademark. In order to prevent the problematic mark from being registered, the trademark owner can lodge an opposition to it within three months of the competing trademark application being published in the trade mark journal.
The same principle, i.e. that the owner must actively defend himself against the application for the identical trademark, has already been applied for many years in the case of European Union trademarks (formerly Community trademarks).
If the trademark owner fails to detect the problematic application and fails to file the opposition, the competing trademark will be registered. In such a case, the owner of an earlier trademark can still apply for a declaration of invalidity at the Office.
However, oppositions are a much safer method of protection. In addition, if the owner of an earlier trademark tolerated the competing trademark for 5 years, he loses his right to apply for a declaration that the subsequent identical trademark is invalid.

Consistent monitoring leads to rapid intervention
Considering the abovementioned, it is recommended that trademark owners:

These steps will ensure the most effortless and effective protection of a registered trademark. In this respect, we recommend that trademark owners take advantage of the professional monitoring services provided by specialised legal practitioners such as Schoenherr. 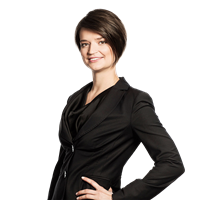