Must whistleblowers conduct their own investigations before reporting?

With the Whistleblowing Directive (Directive (EU) 2019/1937) of 23 October 2019, the EU has created a legal framework for whistleblowers. The Directive provides rules for internal and external reporting as well as measures to protect whistleblowers.

Whistleblowers make a decisive contribution to preventing and uncovering breaches of Union law but are often afraid to report because of possible retaliation. That is why common minimum standards ensuring that whistleblowers are protected should be guaranteed, both to persons who report information about acts or omissions within an organisation (internal reporting) or to an outside authority (external reporting).

The consequences of such a report and the importance of an effective mechanism for protecting whistleblowers can be seen in a 16 February 2021 decision of the European Court of Human Rights ("ECtHR") – Gawlik v. Liechtenstein. Anyone reporting their suspicions of a serious offence to an external body must first carefully verify that the information they are disclosing is accurate and reliable. This was the ECtHR's key message in this judgment.

"Anyone reporting their suspicions of a serious offence to an external body must first carefully verify that the information they are disclosing is accurate and reliable."

The whistleblower's freedom of expression and the "good doctor"

The whistleblower, a doctor at the Liechtenstein National Hospital, discovered patient files that seemingly indicated that his superior had practised active euthanasia. He lodged a criminal complaint based on these suspicions. The doctor was then dismissed without notice. The doctor challenged his dismissal in court, which ruled that his suspicions were unfounded and that he had failed to verify them with further documentation. The doctor launched proceedings against this ruling, but his case was ultimately quashed by the Constitutional Court.

The ECtHR agreed that such interference did not violate the whistleblower's freedom of expression under Article 10 of the European Convention on Human Rights (ECHR). The Court emphasised that information disclosed by whistleblowers could be covered by freedom of expression in certain circumstances where the information was proven incorrect. However, this was possible only if the person concerned complied with the duty to carefully verify, to the extent permitted by the circumstances, that the information is accurate and reliable. The ECtHR concluded that the doctor had not carefully verified the veracity of the disclosed information, because he had based his allegations only on the electronic files while knowing that those files did not contain the full picture on the patients' state of health. Had he consulted the paper files he would have recognised immediately that his suspicions were unfounded. Thus, the safeguard afforded by Article 10 of the ECHR for whistleblowers could not be applied because of the doctor's irresponsibility.

Whether this decision can be reconciled with the Whistleblowing Directive is the subject of heated debate. Particularly in view of the protective purpose of the Directive, the question arises as to whether the obligations to investigate imposed on the whistleblower are still reasonable. To what extent must a whistleblower confirm their own suspicions and take investigative measures before reporting them internally or externally? The Directive states that to enjoy its protection, whistleblowers should have reasonable grounds to believe, in light of the circumstances and the information available to them at the time, that the violations reported by them are true. Since the Directive offers some room for interpretation as far as what is to be understood by "reasonable grounds" or "information available", it will be interesting to see whether the local legislator clarifies and expressly regulates this question to implement the Directive into national law. 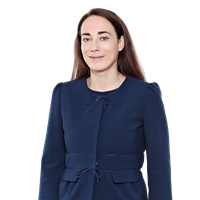