Arbitration is on the rise in Poland. A major amendment to the Polish Civil Procedures Code became effective on 8 September 2019, increasing the list of arbitrable cases to include those on the invalidity or annulment of resolutions of general meetings of limited liability or joint-stock companies.

Prior to the introduction of the amendment, many controversies were related to the arbitrability of cases regarding the invalidity or annulment of general meeting resolutions. This was settled by the Supreme Court, when it finally held that disputes regarding the invalidity or annulment of resolutions could not be the subject of an arbitration clause.
An amendment extending the ability to contest resolutions in arbitration has been a topic of discussion and postulates submitted by the arbitration community for over a decade. However, the provisions raise many doubts and concerns among practitioners.

What is the change?
Practically, the change involves removing the requirement to date, which means that no property disputes can be considered in arbitration if they could not be settled. In abolishing the requirement of settleability, the Polish legislator awarded all property disputes (excluding alimony cases) the attribute of "arbitrability". Corporate disputes regarding the invalidity or annulment of resolutions can now be settled in arbitration.
The amendment also clearly defined the group of entities that will be bound by the arbitration clause contained in the articles of association of a limited liability or joint-stock company, indicating, in addition to the company itself and its partners, the governing bodies of those companies and their members. The regulations had only specified the shareholders to date, omitting the company's governing bodies.

An arbitration clause – new requirements
In addition, the amendment introduced new formal requirements regarding the arbitration agreement. To be effective, the arbitration clause must currently provide for the obligation to publish information on the initiation of proceedings in the manner required for the given company's announcements (namely in the official journal, Monitor Sądowy i Gospodarczy, the company's website or by registered post). The announcement should be posted no later than within one month of the date of initiation of arbitration.

Many cases - one arbitration
Furthermore, this amendment provides for a "consolidation" of arbitration proceedings by law. It seeks to eliminate the risk of appealing against the same resolution in arbitration (e.g. by a shareholder) and in court proceedings (e.g. by a member of the management board). The arbitral tribunal appointed in the case initiated earliest will have the competence to settle all corporate disputes regarding the same resolution, if another entity files an appeal against it.

… and a few uncertainties…
Although the practical assessment of this amendment raises many doubts, they should be considered on a theoretical rather than a practical basis.
It is not entirely clear how the solutions proposed by the lawmakers will apply to joint-stock companies, especially those with a distributed shareholding, as it may transpire that only some participants will have an influence on the course of the proceedings, including the choice of arbitrators.
There are also doubts as to whether the amendment constitutes a field for potential abuse in the form of blocking or delaying proceedings. Concerns have been raised that the potential divergence of interests between the management board and the shareholders appearing in opposite procedural roles can give rise to the temptation to file fictitious actions and put pressure on the members of the governing body in an attempt to force through specific activities.
The regulation has not addressed the matter of decision-making regarding the procedural steps after the shareholders join one of the parties to the proceedings. 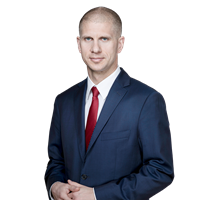