Slovenia: Right to be heard in dawn raid

In October 2018 the European Court of Human Rights (ECHR) granted Produkcija Plus doo (Pro Plus) €52,500 in compensation after its right to be heard was violated in the proceedings relating to the fine imposed for obstructing the dawn raid.

Suspecting that Pro Plus was abusing its dominant position, the Competition Protection Agency conducted a dawn raid, which the company allegedly made physically impossible. In particular:

In response, the agency issued a fining decision stipulating that Pro Plus had violated its duty to cooperate and imposed a fine of 0.2% of Pro Plus's annual net turnover in the preceding year.

Pro Plus brought an action against this decision and requested an oral hearing. It stressed that a direct examination of evidence was required to properly establish the facts of the case – in particular, witnesses needed to be examined to prove that the company had not obstructed the dawn raid or refused to cooperate with the officers.

The Supreme Court dismissed Pro Plus's action, noting that the company could not introduce new facts and evidence, as these would not be taken into consideration.

In its decision, the ECHR emphasised that the right to an oral and public hearing is a fundamental principle enshrined in Article 6 of the Convention for the Protection of Human Rights and Fundamental Freedoms.

The ECHR pointed out that Pro Plus's obstruction of the dawn raid had been observed solely by the agency's officers and that those observations had been the only basis for the fine imposed on the company. In such cases, the ECHR noted that an oral hearing may be essential to protect the accused person's interests, as it can question the credibility of the officers' findings.

The ECHR went on to state that even though the Supreme Court had been required to review the facts on which the Pro Plus fine were based, the court had not heard the evidence requested by Pro Plus. Moreover, despite Pro Plus expressly requesting a hearing, the court had neither acknowledged the request nor given any reason for not granting it.

In view of the above, the ECHR found that Pro Plus had been deprived of its right to have the factual aspects of the agency's decision reviewed by a court with full jurisdiction. Article 6 of the convention had therefore been violated.

Serbia: "Baby-boom" and other RPM cases before the Competition Authority 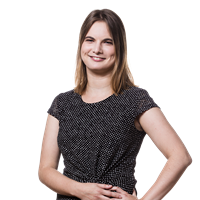