The starry night sky has been a constant companion of humankind. Although we have no evidence, there can hardly be any doubt that even our earliest ancestors millions of years ago were fascinated by its beauty and vastness. With the rise of the first civilisations, the stars became an essential tool for timekeeping, prediction of the seasons and navigation. Even today, although we have set foot on the Moon and established a constant human presence in space, we still cannot grasp all the mysteries of the night sky.

But our vision of the night sky might soon change. You can see the first signs yourself: A "train" of bright lights moving across from one side to the other.1

These lights are actually satellites, launched into space by the US company SpaceX. The satellites are part of the Starlink constellation, comprising over 300 satellites that will supply high-speed internet to the world. When finalised in 2027, SpaceX aims to have 11,927 satellites in orbit with plans to launch a further 30,000 satellites in the future.2

Such a large fleet of satellites is called a megaconstellation. SpaceX is only one of many companies planning to launch one. The most prominent competitors include Amazon's Project Kuiper, which will consist of 3,236 satellites,3  or the OneWeb satellite constellation, with nearly 650 satellites scheduled for launch.4 To set this in context, the estimated total number of satellites launched so far is around 9,000.5 SpaceX is aiming to nearly quintuple that figure on its own.

A right to starlight?

Furthermore, the question arises whether legal rules exist for the protection of the night sky? Are there any laws that prohibit companies from unilaterally changing the night sky's appearance? Or is there even a fundamental human right to starlight?

The legal rules for space activities are codified in the Outer Space Treaty ("OST") of 1967, an international treaty created under the auspices of the United Nations. Art. 1 (1) OST stipulates prominently that "the exploration and use of outer space shall be carried out for the benefit and in the interests of all countries, irrespective of their degree of economic or scientific development, and shall be the province of all mankind".

The text of the treaty indicates that space activities are only permissible if they are "for the benefit and in the interests of all countries and in the province of all mankind". However, this interpretation does not correspond with the drafting history of the treaty and the intention of the parties.6 Outer space has been a highly contested environment ever since the beginning of the space age in 1957. When the OST was drafted in the midst of the Cold War and the space race, the superpowers considered space to be primarily a military domain and the one key aspect for gaining overall supremacy.7 The OST was never meant to change that.

Thus, the legal substance of Art. 1 (1) OST is rather an appeal to states to cooperate and not engage in space activities in a way harmful to others.8 This interpretation also conforms with Art. 1 (2) OST, stipulating that outer space "shall be free for exploration and use by all States without discrimination of any kind, on a basis of equality and in accordance with international law". This free use principle is what distinguishes the legal status of outer space from the legal concept of "common heritage of mankind" that applies to the deep seabed.9 States are generally free to conduct space activities unless prohibited by a specific norm. In contrast, the concept of "common heritage of mankind" requires all states to act collectively and no single state is allowed to act on its own.10

What may come to mind is the protection of the night sky as a world heritage under the World Heritage Convention ("WHC"). However, UNESCO holds the view that the sky itself, the dark night sky, celestial objects, and starlight as such cannot be nominated to the World Heritage List within the framework of the WHC.11 Indeed, the WHC only applies to heritage sites situated on the territory of the signatory states.12  Outer space and celestial bodies, however, are not subject to national appropriation by claims of sovereignty13  and are thus outside the scope of application of the WHC.

In 1994, UNESCO specifically addressed the protection of the night sky in its draft Universal Declaration of Human Rights for Future Generations.14 Art. 1 of the Declaration stipulated that persons "belonging to future generations have the right to an uncontaminated and undamaged Earth, including pure skies". However, the language of the draft was too controversial, and it was never adopted.15

There appears to be no legal rule that addresses the protection of the night sky. It is therefore at the discretion of the individual actors, in particular the national licensing authorities, to decide if and what measures get implemented in order to keep our skies dark. Luckily, SpaceX is listening and reacting to the public outcry from astronomers and stargazers around the globe.16

Multiple questions arise here: What will happen if the other actors are unwilling to act? What will happen if an effective measure turns out to be cost prohibitive? Will private companies really be allowed to change the night sky in their pursuit of profits?

Megaconstellations are no longer science fiction and will soon become reality. The time to answer these questions is now! However, the protection of the night sky is only one of multiple challenges we face in outer space. To ensure the sustainable use of space for us and for future generations, the development of a clear set of binding legal rules seems unavoidable.

1 You can find out when the Starlink satellites are visible at your location here: https://findstarlink.com.

12 Carducci, "Art. 4–7 National and International Protection of the Cultural and Natural Heritage", in: Francioni (ed), The 1972 World Heritage Convention: A Commentary (OUP 2008) 113. 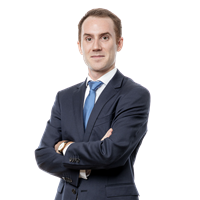