A significant amendment to the Czech Significant Market Power Act

An amendment to the Czech Significant Market Power Act (the "SMP Act"), which should harmonise Czech law with the EU directive on unfair business practices (the "Directive"), was recently signed by the President and will become effective as of 1 January 2023.

Unfortunately, the Czech legislators have adopted a unique interpretation of the Directive and made additional modifications. Hence, the Czech law governing trade with agricultural products will continue to be singular and will now extend from the retail level to the whole supply chain.

A fundamental issue since the SMP Act came into force in 2010 has been the personal scope of its application. The regulator in this area, the Office for the Protection of Competition (the "Office"), has long interpreted the SMP Act as being applicable to any customer purchasing food for the purpose of resale whose annual turnover for the sale of food and related services exceeded CZK 5bln in the Czech Republic. This has been subject to plenty of professional criticism. When the deadline to transpose the Directive expired in 2021, the Office had to start applying the so-called relative concept, taking into account not only the absolute turnover of the customer but also the bargaining power of the supplier (who could often achieve even higher turnover than the customer).

Indeed, the Directive grants significant market power to customers only if their turnover falls into a higher of six turnover bands than the supplier's band. This regime was also envisaged in the original draft amendment to the SMP Act. Unfortunately, a modification suggested by Members of Parliament and without much expert discussion – the so-called absolute principle granting significant market power to all customers whose turnover in the Czech Republic exceeds CZK 5bln per year (as was applied before 2021) – was also reincorporated into the amendment. Moreover, the amendment also removed the link between turnover and food sales. Effectively there is now a risk that a business which is only marginally active in the field of agricultural products (not only at the retail level but also at all other levels from production to distribution), but whose total turnover exceeds CZK 5bln, will be always regarded as a customer with significant market power. It will likely be a question of practical application whether the Office will actually adopt this almost absurd approach, but in any event the amendment has not done any good in this respect.

In addition, the scope of the SMP Act now extends from retail to all levels of the agricultural supply chain. Instead of just eight supermarket chains, the SMP Act is now likely to apply to dozens or even hundreds of businesses. All of these companies will now have to ensure that their contracts with suppliers comply with the requirements of the SMP Act. Notwithstanding that discussion about the prospective benefits of the SMP Act has yet to be resolved, the amendment inevitably is coming into effect. Therefore, the companies concerned will be compelled to reflect this major change in their practice, bringing further regulation to their B2B relations.

Finally, the amendment to the SMP Act also changes the enumeration of abusive practices, i.e. instances of misuse of significant market power (in post-amendment terminology, unfair business practices). The vast majority of the practices prohibited by the current SMP Act have been carried over into the amended law, and several additional practices based on the Directive have been added. These changes will also impose costs on retail chains and their suppliers in the form of contract modifications. For companies at other levels of the supply chain, contract modifications with suppliers will in most cases be unavoidable if they do not want to risk severe penalties under the SMP Act.

For now, it seems that the Office, but especially many companies in the agricultural sector, will have to cope with the amendment to the SMP Act in its current form. As some of the rules are rather formalistic, these companies will effectively have no choice but to revise their contractual relations with their customers. Moreover, the SMP Act may now affect even those companies that would not have realistically expected it. 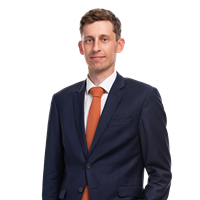