The Ministry of Economic Development and Technology (the Ministry) is contemplating significant amendments to Slovenia's antitrust and merger control proceedings and has prepared a draft amendment1 to the Prevention of Restriction of Competition Act.2

Three important novelties are being considered, alongside other changes, namely:

For now, the Ministry has not confirmed when the proposed amendments will be placed in the National Assembly's legislative proceeding and it remains unclear when the draft amendment will come into effect and in what form.

Slovenia is one of the few EU member states which legislated a two-phase proceeding for competition law infringements. The CPA must first establish an infringement in an administrative proceeding and only impose a fine later in a misdemeanour proceeding. Both proceedings are subject to separate appeals in front of different appellate courts.

This division enables the legal entities involved to benefit from all criminal procedural law guarantees and discuss separately the lawfulness of the alleged anti-competitive conduct and imposed fine. However, proceedings are thereby prolonged and, in most cases, a significant amount of time passes between the CPA's infringement and fining decisions.

In this respect, the draft amendment introduces a new so-called 'administrative sanctioning proceeding', which combines both phases, while at the same time will (allegedly) allow the implicated legal entities to benefit fully from all criminal procedural law guarantees. It also introduces an option for legal entities to settle with the CPA and receive a 20% fine reduction if they admit to the CPA's allegations.

The draft amendment also gives the CPA a new investigative tool – namely, the power to collect oral explanations from legal representatives, employees and former employees of individual legal entities even before an inspection has been formally initiated. This is in addition to the CPA's current options, which allow information to be collected from legal entities before a proceeding has been initiated and from individuals associated with the implicated undertakings in the course of an open investigation.

At first glance it seems that the draft amendment introduces a tool which is similar to the European Commission's (EC's) power to take statements (ie, separately from an inspection).3 However, while the EC's power to take statements has a voluntary nature, the CPA's oral explanations are meant to be mandatory: interviewees will be treated as witnesses and a fine of up to €500 may be imposed if they fail to appear (without due justification) or refuse to testify (without reason), which raises questions about the legality and necessity of such an investigative power given the broad range of investigative options already granted to the CPA.

Further, the EC's notice on best practices4 provides additional requirements under which it may take statements (eg, interviewees must be informed on the legal basis of interview, its voluntary nature and their right to consult a lawyer).5

Although the draft amendment explains that the CPA will not be allowed to carry out speculative investigations and will need to inform interviewees of the purpose of collecting information before questioning starts, such requirements per se are not included in the draft amendment's respective provision and no information is provided as to whether more detailed requirements will be established in a separate regulation in future. Therefore, it remains questionable if this new investigative tool as currently predicted in the draft amendment is in line with the EC's best practises and, moreover, the constitutional rights of individuals.

With regard to fines, there are two further important updates – namely:

The draft amendment introduces a long-awaited, simplified merger control procedure for concentrations which do not have or have a minimal impact on effective competition in the relevant markets.

Other important merger control related updates include the following:

If adopted, the draft amendment will introduce important changes to Slovenian competition law. While some changes are welcome, especially those relating to merger control proceedings, others are highly questionable. The biggest concern relates to the new investigative tool, which in its current wording gives considerable power to the CPA without sufficiently protecting the rights of the undertakings and individuals concerned.

However, since this is merely the draft version of the anticipated amendment, changes may still be introduced and it is hoped that a redraft will take into account the abovementioned concerns as well as the comments received by the Ministry from several public and private sources.

(3) Article 19 of EU Regulation 1/2003/EC of 16 December 2002 on the implementation of the rules on competition laid down in Articles 81 and 82 of the Treaty on the Functioning of the European Union.

(4) EC notice on best practices for the conduct of proceedings concerning Articles 101 and 102 of the Treaty on the Functioning of the European Union. 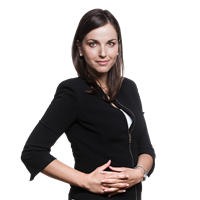