Amendments to the Croatian Competition Act

Amendments to the Croatian Competition Act (the "Act") entered into force on 24 April 2021. One of the main goals of the Act was to transpose Directive (EU) 2019/1 of the European Parliament and of the Council of 11 December 2018 to make the competition authorities of the Member States more effective enforcers and to ensure the proper functioning of the internal market (the "ECN+ Directive") into Croatian law. Apart from transposing the ECN+ Directive, the legislator used the opportunity to harmonise certain other provisions of the Act which were not fully in line with the Community rules.

Referral to the national authority to decide on concentration

Further amendments are aimed at ensuring appropriate application of Regulation (EC) 139/2004 on the control of concentrations between undertakings (the "EC Merger Regulation"). Based on the current text of the Act, if the European Commission refers a merger notification to the CCA, the CCA has the power to assess the concentration only if the undertakings concerned satisfy the turnover thresholds specified in Article 17 of the Act. To comply with the provisions of the EC Merger Regulation, the Act now expressly provides that in case of a referral by the European Commission to the CCA, the CCA will have the power to assess the referred concentration irrespective of whether the undertakings concerned meet the turnover thresholds set forth under Article 17 of the Act. 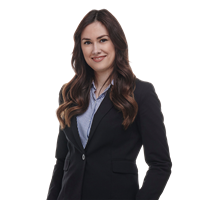