Amendments to the Hungarian Competition Act in 2023: inflation has spilled over into the HCA's procedures

Crucial amendments to the Hungarian Competition Act entered into force on 1 January 2023, while others will on 1 February 2023. This article briefly describes the most important changes.

From 1 January 2023 the President of the HCA will have a new tool to enforce compliance: a letter of formal notice to express concerns about suspected infringing conduct.

This will be possible in cases where, in the absence of sufficient information and evidence, there is no reasonable likelihood of an infringement, but where market developments give rise to a suspicion of illegal behaviour.

The letter of formal notice will not be part of the competition supervision procedure, nor will it lead to the establishment of an infringement. The HCA may refrain from the formal opening of competition supervision proceedings if the undertaking concerned successfully dispels the HCA's doubts about the infringement in its reply to the letter of formal notice or brings its conduct into line with the legal requirements. Interestingly, the HCA will also publish on its website a list of the alleged infringements, the relevant market and the number of letters of formal notice sent in the year under review, without mentioning the names of the addressees. In this way, market players will also be able to find out from the HCA's website what conducts the authority is concerned about.

The new Digital Markets Act ("DMA") regulation is designed to ensure that the big online content platforms, known as "gatekeepers", operate fairly. If they do not, the European Commission or the authorities designated by the Member States may take action against them. In Hungary, the HCA has been appointed as the competent authority and will have to cooperate closely with the European Commission in its proceedings.

The HCA will be able to open competition proceedings to determine whether the conduct of the gatekeeper company meets the requirements of the DMA regulation. A new chapter of the Competition Act will set out detailed procedural rules.

Entry into force of the new amendments, final remarks

Some of the freed-up resources are expected to be used for the new powers – monitoring the activities of gatekeeper companies and sending letters of formal notice.

Most of the above provisions entered into force on 1 January 2023. However, the increase in the administrative service fee for mergers and the changes in the fines for "gun jumping" will only apply from 1 February 2023.

Companies should check carefully whether the mergers they plan to conclude in the near future are in fact notifiable based on the new thresholds. 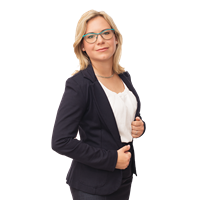