An apple a day keeps taxation away?

The General Court (GC) of the European Union ruled in favour of Apple in the state aid case regarding Apple's Irish tax structure, annulling the 2016 decision of the European Commission (EC).

As a result, Ireland is at present not obliged to reclaim the amount of EUR 13 billion from Apple. The decision is not yet final due to the EC's right to appeal.

In 1991 and 2007 the Irish tax authorities issued two tax rulings (being essentially advance rulings on the application of tax regulations in an individual case) in favour of two Apple companies which were incorporated but not tax resident in Ireland. The contested tax rulings endorsed the methods used by these companies to determine their taxable profits in Ireland relating to the trading activity of their respective branches. As a result, the annual profits of one of these Irish companies was taxed in Ireland at an effective tax rate as low as 0.005 % in 2014.

In 2016, the EC decided that the contested tax rulings constitute illegal state aid under EU state aid rules artificially reducing Apple's tax burden. The EC requested that Ireland recover unpaid taxes from Apple for the years 2003 to 2014 in the amount of up to EUR 13 bln (plus interest). Apple and Ireland filed an action for annulment of the EC's decision with the GC.

The decision of the GC

The GC acknowledges that tax benefits granted by a state to a taxpayer may be considered as state aid. Still, the GC annulled the EC's 2016 decision stating that the EC failed to comprehensively show an advantage for EU state aid purposes, thereby confirming Ireland's historic tax treatment of Apple. Particularly, the court stated that the EC incorrectly concluded that Apple was granted an economic advantage by the Irish tax authorities. According to the GC, the EC should have shown that the trading income of Apple's two entities represented the value of the activities actually performed by the Irish branches themselves. The GC also denied the EC's view that Apple had been granted a selective advantage.

The EC now has the option to lodge an appeal against the GC's decision before the Court of Justice of the European Union within two months.

In the public discussion, it is often argued that large corporates would shift their profits to low tax jurisdictions. From a structural point of view, one should bear in mind though that Ireland's right to tax is limited to income taxable in Ireland (tax base). The rulings challenged by the EC only related to Irish taxes. Also, one state may not limit another state's right of taxation. Where a double taxation treaty applies, the right of taxation is precisely allocated among the contracting states. Within a group of companies and between related companies under common ownership or control, transfer pricing rules continue to apply. Therefore, tax optimisation of a company in one EU member state does not necessarily lead to other (EU member) states missing out on taxes on this group's income (as often claimed by media reports). 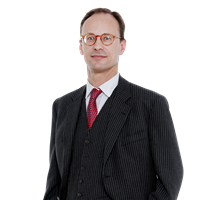