Romania has made international headlines in recent years with arguments and street protests generated by the controversial justice reforms that the government has tried to push through. Seen as a threat to the rule of law, the reforms and personnel changes in the criminal justice system were eventually dropped following a referendum held last year.

Today, the fight against corruption remains a hot topic on the agenda of the Romanian authorities. But despite ongoing efforts to create a strong legislative framework that would help suppress it, corruption remains widespread. While it can impact companies active in Romania, it is important for investors to understand how they can protect their businesses against these risks.

Romanian anticorruption laws
The Romanian Criminal Code and other secondary laws criminalise active and passive bribery in the public sector as well as in the private sector. Romanian criminal legislation does not distinguish between bribes and facilitation payments. Consequently, gifts and hospitality may be considered illegal, depending on their intent and benefit obtained.
Criminal liability for corruption offences may also be entailed against legal entities under certain conditions. Although the criminal liability of entities was settled in Romanian criminal legislation as early as 2006, the convictions of legal entities have had a rather timid start and case law on convictions of legal entities for corruption offences remains sparse.

The anticorruption strategy
In its effort to further fight against and eventually suppress corruption, Romania has enacted inter alia an Anticorruption Act, as well as a national anticorruption strategy ("SNA") for 2016 – 2020.
The implementation of the SNA has brought several benefits, such as (i) the allocation of more funds to integrity protection institutions (e.g. the Romanian Agency of Integrity), (ii) the Monitor SP, an app used by the Romanian tax authorities to process information taken from criminal files, or (iii) more financial investigation experts within prosecutors' offices.
In addition, the main judicial authority in Romania aimed at fighting corruption (so-called "high and medium corruption") remains the National Anticorruption Directorate ("DNA").
The DNA's case load has increased and anticorruption investigations were initiated against high-level politicians, large companies or their top management. Recent major examples include cases relating to bid rigging, corrupt practices or passive bribery offences.
Legal practitioners are now eyeing some ongoing criminal cases that raise the issue of the criminal liability of legal entities and corruption in the private sector, especially as the existing case law in this area is somewhat irrelevant.

Relevant case law
In November 2017, the DNA launched an investigation involving a construction company in an alleged EU fund fraud and corruption case. The investigation is mainly focused on that company, previously controlled by the county council, a body that a former high-level politician headed until 2012. The company won many public contracts, at times without tenders or benefiting from confidential information that helped it beat other bidders.
The investigations were based on a report by the European Anti-Fraud Office (OLAF) in 2016 regarding suspicions that a formerly high-profile politician and other regional officials had used forged papers to secure EU funds for road rehabilitations. The case has been sent to trial and is currently pending before the Romanian courts.
Another notorious example of corruption in the private sector is that of a Romanian insurance company which was convicted in 2016 for purchasing influence and active bribery. The insurer had to pay a criminal fine of EUR 250,000 and as an accessory penalty also had to publish the conviction decision in the media ten times.
A big story in the media recently involved the CEO of the Romanian branch of an international IT company who is being investigated for allegedly perpetrating passive bribery offences. The DNA prosecutors accuse him of requesting and receiving bribes amounting to some EUR 870,000 from the representatives of a series of IT companies in order to provide them with advantageous price offers for products commercialised by the Romanian branch. This should have enabled the IT companies to participate in certain public procurement procedures organised by various public institutions.
From the information made public so far, it appears that the legal entity is not a suspect in the criminal investigations conducted against its CEO. However, the prosecutors might have legal grounds to extend the investigations against the company in the further proceeding, which is why it will be interesting to observe this case, especially as there is very little relevant case law regarding the criminal liability of legal entities.

Outlook
While Romania has undoubtedly taken important steps towards effectively combating corruption and some interesting criminal cases are pending, the rather bitter conclusions of the 2018 Report on Romania, also known as the Cooperation and Verification Mechanism (available at www.just.ro) cannot be disregarded. Therefore, the European Commission ("EC") made several recommendations to be implemented as soon as possible, like relaunching a process to appoint a chief prosecutor of the DNA with a proven track record of prosecuting corruption crimes and a clear mandate for the DNA to continue to conduct professional, independent and non-partisan corruption investigations.
It remains to be seen whether Romania will succeed in implementing the recommendations of the EC. This would require key national institutions to demonstrate a strong commitment to judicial independence and the fight against corruption as indispensable cornerstones, and to restore the capacity of national safeguards and checks and balances to act when there is a risk of backsliding.
In addition, within the timeframe covered by the ongoing SNA, the legislature faces the task of considering new measures for the country. However, Romania is still on its way to further combatting corruption in the public and private sectors. Companies with ties to Romania are thus well advised to closely monitor compliance with national anticorruption laws. 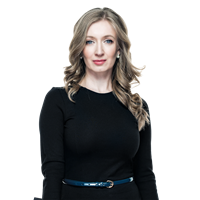