On June 29 2017 the Constitutional Court reached a landmark decision and overturned the Federal Administrative Court's February 2017 decision, which had rejected the permit for a third runway at Vienna International Airport on the grounds of climate protection and land use (for further details please see "Climate impact: game changer for third runway at Vienna Airport"). The Constitutional Court decided that it was unconstitutional for the Federal Administrative Court to include climate protection and land consumption in its decision.

The contested decision was based on a gross misapplication of the legal situation in a number of ways and led to a breach of constitutional principles.

The Constitutional Court found that public interests such as climate change and land consumption cannot be inferred from the Austrian Aviation Law. The Air Traffic Law provides no legal basis for such a decision, nor do any of Austria's commitments to international agreements (eg, the Kyoto Protocol or the Paris Agreement), or governmental decisions. The Constitutional Court also stated that the Austrian Climate Protection Law explicitly excludes air travel from its stipulations.

The decision was also based on the fact that only emissions from landing and take-off could be taken into account. It is inadmissible to attribute the carbon emissions of an entire international flight (eg, from Vienna to New York; that is, 'cruise-emissions') to a specific airport, rather than just the carbon emissions released during landing and take-off. The Constitutional Court continued to clarify that it is the aircraft operators and not the airports that are responsible for climate protection during air transportation.

The Constitutional Court's decision is significant in that it has far-reaching consequences for many other projects beyond the scope of the third runway. It is also relevant to Austria as a business hub. 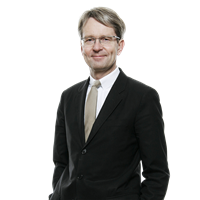