In November 2020 the Federal Competition Authority applied to the Cartel Court to impose the first fine on an Austrian construction company. The case was based on the suspicion that employees of more than 40 construction companies assigned construction projects to one another between 2002 and 2017. The potential victims primarily include public clients in road construction, pipeline construction and earthworks.

The pending investigation by the Economic and Corruption Public Prosecutor's Office and the Federal Competition Authority against so many construction companies has created a dilemma for clients. On the one hand, there is annoyance that important business partners may have been deliberately deceived for years and the desire to make amends is great. On the other hand, the clients see themselves as almost forced to continue business relationships with the accused construction companies; the number of companies affected is so large that it could be difficult to find contractors which are not involved in the process.

According to the business judgment rule, the board of directors of a potentially injured party can waive claims for damages only if there are overriding reasons that such claims are unfounded or they make the time and cost of assertion appear unreasonably high. However, due to the relief that the amendments to the antitrust laws of 2013 and 2017 brought for claimants, this will be the exception.

When it comes to claims for damages, clients can be relatively passive. If they suspect that they have been affected, that should be sufficient for them to join the criminal proceedings as private parties and observe the development of the antitrust proceedings.

Immediately after the first convictions comes the time to quantify the claims. At that stage (at the latest), potentially injured parties should work together. The measurement of cartel damage is not trivial. Experience has shown that data pooling and the joint commissioning of an economic expert can result in considerable synergies.

For now, the procurement law side of the construction cartel is in the foreground for most clients. Public clients must check the reliability of their business partners. This is not the case if the bidder has made agreements with other companies that aim to distort competition.

It is irrelevant whether these agreements were directed at a specific client or only other customers. Public contracting authorities must exclude bidders which have participated in agreements that have distorted competition from participating in the procurement procedure. This is imperative and there are no exceptions. If the award decision is made in favour of an unreliable company, competitors can dispute the decision.

However, the contracting authority cannot wait until a conviction has been reached; even sufficiently plausible indications of a violation can lead to unreliability. The client must make a forecast decision in this situation.

In addition to personal perceptions, the main point of reference for this is the results of the investigation by the responsible prosecuting authorities. If, according to their assessment, there has been a violation, the contracting authority can assume the same.

In practice, this means that public contracting authorities should, in principle, require the bidders to submit information on the association register (Section 89m(1) of the Court Organisation Act) in the context of an invitation to tender. If it emerges from this that the company is listed as a suspect by the Economic and Corruption Public Prosecutor's Office, the submission of the minutes of the suspect's interrogation, the final police reports (Section 100 of the Code on Criminal Procedure) and the notifications of the Federal Competition Authority's objections (Section 13 of the Competition Act) should also be requested. If the bidder refuses to provide this information, they risk leaving the award procedure.

Eventually, some of the accused companies will likely take responsibility for their part in the Economic and Corruption Public Prosecutor's Office's investigation and will become party to proceedings before the Cartel Court. The latter would be advantageous for the construction company as the fine imposed would be reduced by a settlement discount.

The focus for clients and contractors will then be 'self-cleaning' within the meaning of the Federal Procurement Act. In order to make its reliability credible despite its involvement in agreements that distorted competition, a company must:

It is likely that it will be particularly difficult to compensate for the damage. As far as can be seen, the construction companies are currently content to limit themselves to the promise that clients will be compensated for the damage that has been legally established. According to the case law, that is insufficient.

Settling judicially established debts is not self-cleaning but a matter of course. On the other hand, it would be too much to ask before the preliminary investigation is concluded if a client is already demanding a replacement payment from the bidder. It is not yet clear which projects were affected by the agreements or in what form.

As a minimum of self-cleaning, clients can expect an active effort on the part of the construction companies to clarify whether they have suffered damage, as well as a promise to compensate for said damage. A 'concrete defence' strategy against claims for damages would be out of place for construction companies which want to receive public contracts within the statutory limitation period (three years).

Therefore, the construction companies should start giving serious thought to compensation payments for those which are likely to have been affected. An additional incentive for this is provided by Section 30(3)(4) of the Cartel Act, according to which a reason for mitigation applies if a company has completely or partially compensated for the damage caused by the law violation. 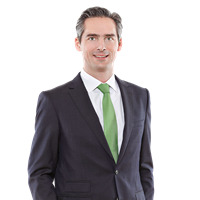