The ordinance was passed by the executive board of the national regulatory authority, E-Control, which has competence to issue secondary legislation in specific areas. E-Control recently published a draft of the amendment of the Gas Market Model Ordinance 2017. A public consultation of the intended amendment was held until August 2 2017.

In particular, the amended provisions implement the regulatory regime set out in EU Regulation 2017/459, establishing a network code on capacity allocation mechanisms in gas transmission systems and repealing EU Regulation 984/2013 (CAM Network Code). The main change is the introduction of a capacity conversion service. The new provisions will enter into force on September 15 2017 and February 1 2018, respectively.

However, the introduction of capacity bundling led to the so-called 'capacity mismatch issue'. This issue arises where network users holding unbundled capacity bookings on one side of an interconnection point may not find the equivalent unbundled capacity on the other side of the interconnection. This problem is addressed in Article 21(3) of the new EU Regulation 2017/459, which introduces a capacity conversion service. The envisaged amendment to the Gas Market Model Ordinance contains a new provision implementing the capacity conversion service in Austria.

In order to use the capacity conversion service, network users must notify the transmission system operator within five days of booking the bundled freely allocable entry or exit capacity. For this purpose, transmission system operators must publish standard forms on their websites. However, the capacity conversion service applies only to mismatched unbundled fixed entry and exit capacity that was purchased before or on March 6 2017.

Section 5 of the amended Gas Market Model Ordinance will take effect on September 15 2017.

In addition to the changes mentioned above, the amendment has deleted the provisions relating to:

These provisions have become obsolete because they are stipulated in the directly applicable CAM Network Code.

Moreover, the amendment contains system access rules for storage facilities and producers of biogenic gas. Adjustments were also made regarding:

The amendment further introduces shorter lead times for re-nominations and schedule changes and the applicable data format and communication channel.

The envisaged amendment – and especially the newly implemented capacity conversion service – resolves the capacity mismatch issue by compensating network users for the economic disadvantages that arise from having to buy double capacity due to the bundling regime at interconnection points. It also implements the new CAM Network Code and includes certain other changes. 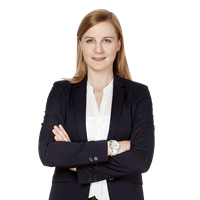