On 25 January 2021 the Supreme Court issued a decision on long-term contracts for the import of Russian natural gas into Austria (16 Ok 3/20g). The contracts had been concluded in 2006 for the supply of unstructured natural gas. All of the contracts expired on 31 December 2027. At the time of their conclusion, such long-term commitments were common for contracts between natural gas producers and importers or wholesalers throughout Europe. The contracts contained an obligation for customers to purchase 83% of the contract volume (at least in the medium term), even if this amount was not actually taken (take-or-pay clause). In 2011 one of the buyers was granted an early termination right.

On 28 June 2019 the Cartel Court issued a decision1 which stated that the long-term nature of gas supply contracts may be justified by the high interest of customers and end consumers in security of supply, but that bundles of long-term contracts with high take-or-pay obligations that dominate the procurement market are likely to foreclose significant parts of the market in their overall effect (bundling theory).2 Following Article 6 of the EU Block Exemption Regulation, the maximum permissible long-term commitment is 50% of the demand of the contracted customers on the relevant market. The Cartel Court thus endorsed the European Commission's view that it is not only exclusive purchasing clauses which can be abusive (de jure exclusivity), but also clauses with the same effect (de facto exclusivity).3

The Supreme Court agreed with the Cartel Court's decision and stated that there is a duty of equal treatment only in relation to contractual partners which are in the same position with respect to the market-dominant company. Since the long-term demand coverage of two of the companies concerned was lower and a right to pass on the gas volumes had been agreed, these companies were not in the same position as the company which had been granted an early right of termination. The fact that the respondent had allowed only one of the three companies to terminate the long-term contract early therefore did not constitute an abuse of market power through discrimination. 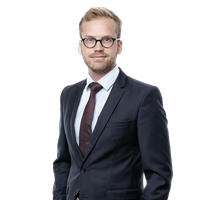