Austria: The (new) transfer of rights by purpose in copyright contract law

Interpreting copyright contracts based on their purpose is not new in Austria. After all, this teleological interpretation is an essential part of every contract analysis and the theory of transfer by purpose developed in Germany has always been an integral part of Austrian jurisprudence. Accordingly, the extent of rights granted does not, in case of doubt, go beyond what is necessary for the practical purpose of the intended use of the work.

While the provision merely codifies existing case law in this respect, the new law goes beyond this previous case law.

There is no formal requirement for the specification; the forms of exploitation can therefore also be individually and expressly designated orally.

In addition, the law stipulates that (in case of doubt) it should be determined on the basis of the purpose of the contract whether exclusive or non-exclusive rights have been granted, how far the rights granted extend and what restrictions they are subject to. This is what Austrian courts have previously done anyway.

According to the legislator, the adoption of the provision is justified by the guiding principle of the author's participation in the economic exploitation of his or her work to the greatest possible extent. The provision is intended to protect the author as the generally weaker party to the contract and to prevent an excessive granting of exploitation rights through comprehensive grants of rights to the exploiter (copyright buyout). This is to ensure that the acquirer is not granted more rights than necessary without a clearly recognisable intention on the part of the parties.

The purpose of the contract

If the forms of exploitation are not expressly designated, the purpose of the contract will determine the forms of exploitation to which the grant of rights extends. Furthermore, in case of doubt, it should be determined based on the purpose of the contract whether exclusive or non-exclusive rights have been granted, how far the rights granted extend and what restrictions they are subject to.

It is therefore generally advisable to state the purpose of the contract explicitly and clearly in the contract.

In order to achieve a comprehensive granting or transfer of rights – which is often desired or even required in practice, especially in relation to works made for hire and commissioned works – giving the acquirer of the rights a position similar to that of an owner, it is advisable to clarify that this is precisely the purpose of the contract.

Who is subject to this provision?

The provision applies not only to contracts between authors and first exploiters but to all contracts on the granting of rights of use. It is only applicable to contracts concluded after the amendment came into force, i.e. on 1 January 2022.

Furthermore, the following are excluded from the provision:

The law leaves open what constitutes an employment relationship. In the absence of European law requirements, this will be determined by Austrian labour law. However, the purpose – although it is an exception – argues against an overly restrictive interpretation, so that persons similar to employees and freelancers may also be covered.

These are works that represent a not significant contribution in relation to the overall work. However, it depends on the individual case, taking into account copyright and economic aspects.

The purpose transfer principle is not mandatory and can therefore be waived. Also in case of such a waiver a comprehensive grant of rights is possible without listing the forms of exploitation.

1 The provisions apply equally to authors and performers. For better readability, however, the article only refers to authors.

2 Insofar as computer programs and database works are created by employees in the performance of their official duties, the principle of transfer of purpose is superseded by the presumed granting of rights pursuant to Sec 40b of the Austrian Copyright Act. 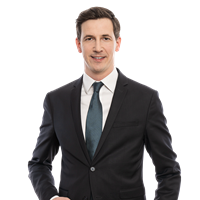