On 26 March 2019, the Austrian mobile operator T-Mobile commissioned the first 25 5G mobile stations in 17 selected Austrian municipalities, predominantly in rural areas. According to the Chancellor of Austria, the start of 5G marks a milestone in the country's economic competitiveness and technological progress.

However, further steps need to be taken to achieve almost nationwide availability of 5G by the end of 2023 as laid down in the Federal Government's 5G strategy paper.

Besides the upcoming procurement procedure for the 700/1500/2100-MHz-frequency-band auction in early 2020, the establishment of a 5G network is highly complex and cost-intensive. Compared to previous mobile radio standards, the nationwide availability of 5G requires a large number of antennas. Thus, apart from conventional mobile stations (such as large transmission towers), the 5G network will primarily consist of small cells, which can be attached to things like house walls, advertising pillars, public telephone systems, traffic lamps, street lamps or tram stop shelters.

It was announced last week that four Austrian public enterprises (Telekom Austria, Österreichische Bundesbahnen, ASFINAG, Bundesimmobilien GmbH) will join forces to speed up the expansion of the 5G network throughout Austria. This cooperation should not only facilitate the selection of potential objects for attaching small cells, but also the shared use of already existing transmission towers and other mobile stations.

Schoenherr recently advised an Austrian public enterprise on various questions with regard to these legislative amendments.

The next months will show whether the cooperation between the above-mentioned public enterprises will in fact facilitate the establishment of the 5G network and to what extent the outlined legislative measures will contribute to it. 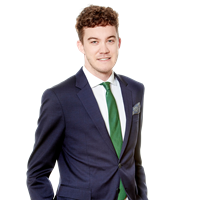