"Repos and securities lending in Bulgaria are regarded as financial collateral, thus ensuring their enforceability. But some important contractual arrangements must be agreed upon by the parties wishing to avail themselves of such enforceability."

Recently financial institutions are increasingly interested in obtaining opinions on the enforceability of repurchase transactions and securities lending transactions with Bulgarian counterparties. Some arguments will be outlined here as to why such transactions may be classified as financial collateral, thus ensuring their enforceability, including in cases of moratoriums and insolvency of Bulgarian counterparties under such deals (in item 1 below). In addition, some key contractual arrangements will be outlined that should be agreed upon to ensure applicability of the favourable Bulgarian financial collateral laws in this respect (in item 2 below) and to avoid harsh regulatory requirements (in item 3 below).

1. Why repurchase transactions and securities loans may be regarded as financial collateral?

As a preliminary, the EU Financial Collateral Directive (FCD) is transposed almost verbatim in the Bulgarian Financial Collateral Act (FCA). Domestic courts regard repurchase transactions (repos) falling in the scope of the FCA (i.e. where the parties are among the "eligible counterparties" as per the FCA) and within the FCA's subject matter (i.e. where each party's obligation is either to transfer securities or make a monetary/cash payment) as inherently having the characteristics of "financial collateral"(1). In particular, each party's obligation under a repo to ultimately return equivalent securities or pay a repurchase price is viewed as being secured by the respective counterparty's transfer of cash/securities at the outset. This functional approach equating repos to financial collateral, irrespective of their economic rationale, brings into effect the strong FCA protection for such deals and for the close-out netting agreed as a credit risk reduction mechanism under them(2).

There is no similar case law regarding securities lending transactions, but the proximity between them in repos in terms of legal structure leaves little doubt that the same reasoning above – classifying repos as financial collateral – should apply to them, too.

In this newsletter repos and security lending deals will be collectively referred to as "security financing transactions", the latter being abridged as "SFTs".

2. Important arrangements that must be in place under SFTs to ensure the FCA's applicability

When the Bulgarian counterparties are not banks/investment firms, the documentation of SFTs must contain arrangements on the applicable exchange rate. This is due to the FCA's requirement for agreement on the "applicable exchange rate" to ringfence the netting arrangements (where, among other things, the parties agree on the mechanism for recalculation of their obligations into a single currency) from the mandatory insolvency recalculations of foreign currency obligations into Bulgarian currency as provided under Bulgarian insolvency laws. However, the market standard arrangements for SFTs under ISDA, GMRA and GMSLA master agreements refer rather to a "procedure" for fixing the exchange rate, granting certain subjective discretion of the calculating party to obtain quotes from pricing sources. This may arguably be regarded by the insolvency courts as insufficient to comply with the statutory requirement for agreed "applicable exchange rate", which seems to require high-level objective specification (i.e. the possibility for subjective choice of the pricing sources may arguably be regarded as incompatible with the law).

So, where Bulgarian counterparties under SFTs are entities other than banks or investment firms, we propose to have in place arrangements on a particular FX rate (e.g. the respective FX rate of the counterparty bank) or FX rates of multiple pricing sources, in a fallback order. This approach is inconvenient for market players(3) but otherwise there is a risk that the netting as effected under the standard SFTs models may be challenged before insolvency courts, causing unpredictable problems.

Where Bulgarian counterparties are banks or investment firms, the SFTs and close-out netting will be solely governed by the law chosen by the parties, including on arrangements for recalculation of the obligations into a single currency. Therefore, the contractual arrangements for FX rates (if any) under that governing law should be considered instead.

Apart from the FX arrangements outlined in this item 2, some other clauses must be in place under SFTs to ensure that the FCA applies to them. Some specific Bulgarian law representations and events of default should also be agreed upon.

3. Specific provisions to avoid costly regulatory requirements following the acquisition of some Bulgarian equities under SFTs

Lastly, when shares in Bulgarian public companies (who have made a public offering of their securities) are at stake, certain arrangements must be made to avoid mandatory takeover bid or reporting requirements when the transfer of such securities under SFTs exceeds certain levels. The Bulgarian Financial Supervision Commission (FSC) has published detailed practice rules with requirements which when complied with would displace the above regulatory tender bid / reporting requirements for acquisitions under repo transactions. Due to the above reasoning on the functional similarity of security lending to repos, we believe the FSC practice rules must apply to security lending, too. The relevant requirements under the practice rules include: (i) the retention of voting rights by the transferor; (ii) the prohibition on the transferee to further transfer or pledge the acquired shares; (iii) a maximum initial purchase price equal to 70 % of the shares' market value; (iv) a term of the agreement not exceeding six months; and (v) the obligation to provide additional collateral if the market value of the shares falls by more than 30 % compared to the market value on the date of the agreement. Some of these requirements are too harsh, but until a potential future reform, they must be followed to avoid regulatory triggers of takeover bid or reporting requirements.

(3) Under the FCD that has been transposed in the Bulgarian FCA, there is no similar rule requirement for a specific FX rate arrangement. Therefore, the FCA must be brought in line with the international standards for SFTs and should instead require arrangements on the procedure for fixing an FX rate. 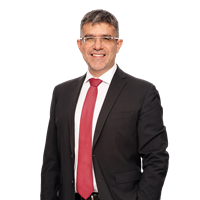