Bulgaria: Schoenherr advises Enery on the acquisition and refinancing of the biggest solar park in Bulgaria

Schoenherr led Austrian renewable energy producer Enery to the completion of its acquisition of the largest photovoltaic park in Bulgaria.

Schoenherr advised on all major legal aspects of the transaction, including due diligence, negotiation of acquisition documents, the underlying complex deal structure consisting of the acquisition of two targets, one of the first ever commercial refinancings of an existing financing granted by the International Finance Corporation (IFC) and the U.S. International Development Finance Corporation (DFC) by a EUR 95m bond issue under Austrian law and via intra-group lendings as well as on the concurrent acquisition financing, and assisting with merger clearance and regulatory approval from the Bulgarian Energy and Water Regulatory Commission.

The transaction is one of the largest M&A deals signed in 2019 and the biggest renewables deal in Bulgaria in the last eight years. Karadzhalovo is the largest photovoltaic park in Bulgaria covering 1,000 decares and has over 214,000 modules which generate enough electricity for 27,000 households at maximum load. With the acquisition, Enery becomes the largest owner and operator of PV plants under Austrian ownership, consisting of a total installed capacity of 85 MW in nine PV plants.

Enery Development GmbH is owned by the founders, Richard König and Lukas Nemec, and RP Global, an independent power producer with nearly thirty years of experience in the renewable energy sector and more than thirty-five power plants worldwide.

The Schoenherr Vienna team was led by Robert Bachner (partner) and Laurenz Schwitzer (partner) who were supported by Stefan Neuwirth (associate).

CMS acted as seller's counsel, and Memery Crystal – as English counsel to Enery.

Wolf Theiss advised the bondholders, and Allen & Overy acted as counsel to the existing lenders IFC and DFC. 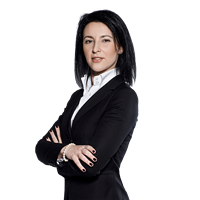