Schoenherr advised MET Group on the acquisition of a 60 MW operational wind park in Suvorovo, Western Bulgaria, from Grupo Enhol. Schoenherr acted as legal advisor on the buy-side and provided the full range of legal advisory, including a legal due diligence review of the target company and the park, advising on the transaction documentation and assistance in the comprehensive negotiation process and various parallel workstreams. The deal was signed on 30 July 2021 and the merger clearance filing is to follow within the relevant statutory deadlines. Тhe transaction is expected to be closed by Q3 2021.

"This is a consecutive renewable project of significance that Schoenherr Sofia has advised on in the last couple of years," said partner Stefana Tsekova, who led the regulatory work on the deal. "We see an increased interest in RES projects in Bulgaria and in the region in light of the European Green Deal and the ambitious targets that have been set. There are a lot of opportunities and we are positive that this will further enforce the revival of the sector."

Suvorovo Wind Park, representing 8.5 % of the total installed wind capacity in Bulgaria, consists of 30 units of Gamesa G90 wind turbines – 2 MW capacity each. The wind farm, operating since 2012, produces approximately 120 GWh of electricity per year, supplying power equivalent to the consumption of around 38,000 households. 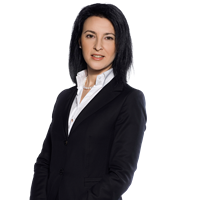