The year 2019 was one of development, but also of controversy and in some cases, unfortunately, stagnation. For good or bad, the healthcare and life sciences sector is developing rapidly. The trends we currently see, and what we forecast are interesting, which of course makes our lives from a legal perspective that much more fascinating.

Blockchain for example has existed for quite some time now. But it became popular only in 2018 and 2019. The possibilities for blockchain in the health care & life sciences sector include health records, clinical trials, data sharing, EMRs, medical devices tracking, accelerating R&D, and drug traceability. Pharma companies invest millions in integrating blockchain. But still, blockchain is and will not ready to become mainstream in 2020/21, as there are barriers to overcome such as data protection rules. Before the law can be adapted to fit the technical possibilities and limitations of blockchain, people need to understand blockchain, and many don't.

Another topic of controversy is the use of Cannabis (hemp) and CBD in e.g. foodstuff, cosmetics and e-cigarettes. Cannabis and CBD – products flooded the market last year. Producers and distributors swear that these products are not only safe but even better than the medicine currently used for certain illnesses. Regardless, consumers want them, and some of the benefits of Cannabis and CBD are hardly disputable. Still, neither the EU nor Member States can decide what to do with these substances. Subsequently, the legal situation in Member States differs in this regard.

So do the legal highlights in CEE. Here are some of them:

BulgariaMicrobiological cultures were developed in 2019 which can replace the nitrites in meat products has successfully fulfilled food safety laboratory tests and are expecting a final assessment by the Bulgarian Risk Assessment Centre in 2020. This will allow the industry to produce nitrites free meat products.

Czech RepublicIntensive discussions are ongoing on "dual quality" of food products sold in multiple EU countries under the same labelling but with a different composition of foodstuff in the European Union. The Czech Ministry of Agriculture is preparing a legal amendment that will ban dual quality food products. This amendment is supposed to be stricter than the EU Directive (EU) no. 2019/633, which on the national level is perceived as being very lenient and will be punishable by a substantial monetary fine.

MoldovaFollowing the Association Agreement with the European Union and the European Atomic Energy Community and their Member States, Moldova adopted several normative acts transposing, entirely or partially, the European Union acquis in different domains including cosmetics, medicinal products and medical devices in the past years. The most recently adopted laws are "on food safety" transposing the EU General Food Law Regulation and the Law "on chemicals" partially transposing, inter alia the Regulations on CLP, REACH, detergents and biocidal products (both in force as of February 2020).

PolandWithout warning, Poland's Ministry of Health and the Main Pharmaceutical Inspector started applying a more restrictive interpretation of the law on the import of prescription only medicines (POMs). Consequently, the customs authorities started to retain packages containing medical ordered by patients. It is being argued by the competent ministry and the controlling authorities that the application of such interpretation is a measure to protect the health and lives of local customers. The amended interpretation, however, infringes the rights of chronic patients, ordering the medicinal products from abroad, and requiring the medicines urgently and timeously. EU treaty guarantees of free movement of goods and recognition procedures in respect of medicinal products as well as constitutional rights to healthcare and to life are being infringed, especially when it comes to the medicines which are not available in Poland.

SlovakiaFollowing an amendment to the Slovak Food Act, effective as of 1 May 2019 any person who sells food is, when promoting and marketing the foods and agricultural products, obliged to secure that at least half of the food or agricultural products from the total number of foods or agricultural products marketed in the leaflet/ advertisement magazine or similar form of communication are produced in the Slovak Republic. Also, a new Act on Unfair Terms in Sale of Foods was passed defining "unfair terms" and became effective the same time. This act applies also to agreements concluded abroad or governed by foreign law if the effect of it arose or could have arisen in the Slovak Republic.

SloveniaFrom modern medicine to tradition: The saying "No bees, no life" is taken very seriously in Slovenia. Beekeeping is of great economic importance in the native land of the Carniolan honey bee. Slovenia is very much committed to implementing all necessary measures to protect the Carniolan honey bee, e.g. by implementing provisions prohibiting breeding of other bee subspecies in the territory of Slovenia. The Ministry of Agriculture, Forestry and Food stated on their website that the goals of their programme are: (i) preservation of breed purity; (ii) maintaining a balanced Carniolan honey bee population throughout Slovenia; (iii) maintaining quality and safety of honey and other bee products; and (iv) increasing the level of self-supply with honey.

Forecast & TrendsThe health care and life sciences sector – very steady and reliable – is developing into probably one of the biggest profiteers in the market. Demographic change and the resulting ageing of European society, as well as digitalisation, are driving forces.

The expected trends are above all: further development and personalisation of apps and wearables; the information and communication basis between manufacturers and consumers migrating to digital channels; medical care increasingly shifting from hospitals, medical practices and clinics to the home environment (or wherever you might be); medical technology and pharmaceutical sales.

It is conceivable, for example, that wearables could automatically send relevant changes in the health status of a patient to the attending physician, enabling him or her to optimally assess the need for a personal appointment. The new digital aids are also to be used for health prevention and early detection of diseases. 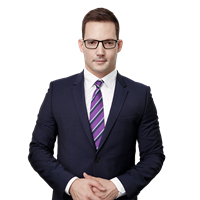