Insurance in Austria and CEE: An overview of key insurance law issues

In response to the growing need for legal advice in insurance and regulatory matters, Schoenherr focused on insurance law advice since 2006 and set up its own insurance practice group only a few years later to combine know-how and focus on industry-related advice in matters of interest for the whole European Economic Area.

Among the first multinational issues were invalid cost agreements in life insurance contracts, a problem created by the German Supreme Court in 2005, which the Austrian Supreme Court imported in 2008 and which is likely to infect other jurisdictions too. To what degree of detail, if at all, does a life insurer have to agree to the costs it is authorised to deduct from the investment part of an IBIP? An almost two-century-old practice left that question up to the insurers to calculate and up to the supervisory authorities to supervise. However, the 2005 German Supreme Court decision BGH, case no. IV ZR 162/03 changed how cost deductions had to be agreed and eventually led to detailed requirements set out by the Austrian Financial Market Authority on how to inform customers about the cost load of their IBIPs. In parallel, PRIIPS KIDs contain standardised cost information to make all products sold in the EEA comparable – a noble goal with lots of potential to confuse customers.

The latest multinational issue was created by the European Court of Justice (ECJ). In its decision case no. C-209/12 it opened the door to a whole new dimension of legal uncertainty which, from the perspective of the insurance industry, is outright absurd. Policyholders who were not properly informed about their initial 14 to 30 days cancellation rights probably should be entitled to have such a cancellation right forever. The crucial commercial question is the conditions of a "late cancellation". Are policyholders entitled to a refund of their premiums, even if in the case of unit-linked products losses were incurred? Do policyholders have the right to receive interest and/or compensation for the enrichment of insurers? These questions have led to mass litigation of thousands of cases in Germany and several hundred cases in Austria since 2017. Schoenherr's insurance practice currently represents insurers in the combined ECJ proceedings under case no. C-355/18, which should bring more clarity. A decision is expected in late 2019 or early 2020.

Just as extensive is the advisory activity of PG Insurance regarding the implementation of the Insurance Distribution Directive 2016/97/EU. Schoenherr regularly advises insurers on their whole product documentation, including several challenging clauses in general terms and conditions, especially on annual renewal of contracts, premium indexations and tacit consent by policyholders. In 2019, our Austrian team started advising an insurer on the migration of a huge non-life portfolio into a new IT-System, leading to the necessity to adapt existing contracts and triggering many challenging issues requiring economic and workable solutions.

Our CEE/SEE insurance experts advised on many challenging projects:

Romania:
The focus in Romania in recent years has been on insurance litigation covering a wide range of issues arising from motor third-party liability (MTPL), professional liability, construction, agriculture, medical malpractice, fire and equipment damage. Implementing Directive 2016/97/EU, Law No. 236/2018 on insurance distribution came into force in October 2018. While litigation remains a challenge, the market trend is towards digitalisation of the insurance industry and related legal issues. In relation to these efforts, the team advised insurance companies on the implementation of new payment methods and technologies. The team also has been working extensively on updating product documentation, including terms and conditions, as well as advising on new product launches (such as bike, phone or dental insurance).
Andrea Gal

Poland:
Schoenherr Poland advises on Polish law particularities related to the implementation of Directive 2016/97/EU into Polish law and the corporate governance requirements in the industry. The firm advised an international broker on regulatory matters and the notification of the Polish regulator on the indirect acquisition of Polish brokers.
Krzysztof Pawlak

Czech Republic:
To promote the conclusion of not so widespread pet insurance contracts, Schoenherr Czech Republic advises a provider of pet insurance concerning the introduction of bonuses to the distribution agreement as an incentive to conclude an agreement for a fixed period of three years. Besides some projects regarding the implementation of Directive 2016/97/EU, the firm provides legal advice in connection with the change of control of the insurance intermediary, usually followed up with notification to the Czech regulator
Jitka Kadlčíková

Hungary: Schoenherr Hungary regularly advises insurers regarding intermediaries (in particular bancassurances) and assists its clients in the implementation of Directive 2016/97/EU. The firm also focuses on the insurance regulatory aspects of M&A deals, such us preparing necessary documentation and obtaining approval from the Hungarian regulator.
Gergely Szalóki

Bulgaria:
Schoenherr Bulgaria has assisted several EU-based insurers in establishing a local presence and with their relations with the Bulgarian regulator. The firm regularly provides advice in relation to the new law implementing Directive 2016/97/EU. It is helping retailers to include insurance products in their portfolio.
Radoslav Chemshirov

Serbia:
Schoenherr Serbia regularly advises leading insurance companies as well as the Association of Serbian Insurers on various aspects of their cooperation, one being coinsurance. Any coinsurance (joint bidding, consortium) agreements concluded among insurers with a joint market share over 20 % are subject to approval by the Serbian Competition Authority. Besides regularly representing insurers in antitrust proceedings regarding coinsurance agreements, Schoenherr also assists the Association in lodging initiatives for the change of competition coinsurance regulation.
Srđana Petronijević 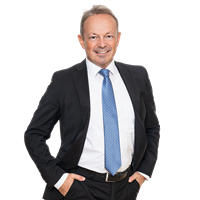