The real estate market in CEE has seen a few new trends in the past year. Below is a brief overview of some of the most interesting developments.

The acquisition of agricultural land in CEE has been a much-discussed topic in recent years, as it has always been subject to extensive restrictions.

Landmark decision of the Slovak Constitutional Court:
Following the accession of the Slovak Republic to the European Union, there was a transitional period until 31 May 2014 with several restrictions on the acquisition of real estate by foreign nationals. With the passing of this period, Slovakia was obliged to bring its legislation in line with EU laws and to abolish restrictions applicable to nationals of other EU Member States. The necessary law was adopted, but – largely due to public concerns that foreign nationals and entities would buy up the country – a new set of legal restrictions was introduced that complicated the acquisition of land for everyone. These related in particular to the acquisition of agricultural land. If the land was subject to the restrictions, the owner could transfer it directly only to specific entities or had to undergo a lengthy offer of sale process. In addition, foreign companies without a registered office in Slovakia were barred from acquiring agricultural land for at least 10 years.
The Constitutional Court deemed these limitations excessive, limiting the right to ownership and limiting for both sellers and purchasers. Based on this decision, changes of the law are expected in Slovakia. It remains to be seen how the legislator will react.

Withdrawal from strict limitations in Poland
Strict limitations concerning the acquisition of agricultural land were introduced in Poland in April 2016. They seriously affected companies owning agricultural properties, even if these were very small pieces of land located next to industrial or commercial properties or not used for agricultural activity. The Polish legislator, however, decided to withdraw some of these limitations beginning in June 2019. The most crucial change concerns the increased area of agricultural land (from 3,000 square metres to five hectares) for which the agricultural governmental agency is entitled to execute certain rights in case such land is indirectly transferred. As a result, the agency's pre-emption right and acquisition right with respect to shares of companies being owners (and/or perpetual usufructuaries) of agricultural land will not apply if the said area is smaller than five hectares. The same rule applies to personal changes in partnerships.

Even stricter regulations in Romania
In Romania, the sale of agricultural land was restricted in 2014 by special legal regulations. Even more restrictive conditions on the transfer of agricultural land are set forth by a draft law that entered the legislative procedure a couple of years ago. These refer, for instance, to a minimum holding period of 15 years, the prohibition to use the agricultural land as a pledge to secure loans, and limitations regarding in kind contributions to company share capital. It remains to be seen if the new law will become effective.

Simplified permitting process
To improve the investment climate in Croatia, amendments to the Croatian Building Act and the Croatian Planning Act were recently adopted. These aim to simplify the permitting process and make it more time and cost effective (e.g. by instituting a maximum process time of 15 days or by digitalising the entire process). Given the far-reaching scope of the planned amendments, it is still unclear if the changes will become effective.

3 Pre-emptive right to parking space
In the Czech Republic, if an apartment is sold together with a parking space, the seller may be obliged to first offer the parking space to other apartment owners in the building. This statutory pre-emption right to the parking space naturally decreases the value of the property and creates administrative complications, higher costs of sale and delays. Real estate practice has found ways around this problem, such as getting all apartment owners in the building to waive their pre-emption right. Such a waiver may be registered in the Land Register and will thus be effective for subsequent co-owners. Another workaround is the registration in the Land Register of the owner's exclusive right to use the parking space. The Czech government is preparing an amendment to the Czech Civil Code expected to become effective in January 2020 which should finally resolve the problem and make prospective transactions easier. Under the proposed regulation, the pre-emptive right will not be triggered if the parking space is transferred together with an apartment, provided both represent a functional entity.
Similarly, Slovak law provides for a pre-emption right in favour of the other apartment owners in case a parking space in an underground garage is sold. Non-observance may lead to invalidity of the sale. It's the same story with rooftop parking spaces (mainly because the roof is in the statutory co-ownership of all apartment owners). Real estate practice in Slovakia has also found a few workarounds to circumvent this statutory pre-emption right, such as a multilateral agreement between the owners of the flats, or the developer retaining ownership of the garage and granting apartment buyers the right to use the parking. Although we do not foresee any imminent changes in the Slovak legislation, it will be interesting to see if and how the Slovak legislator reacts to the relevant legislative amendments in the Czech Republic.

Other noteworthy real estate developments in CEE are discussed in this chapter. 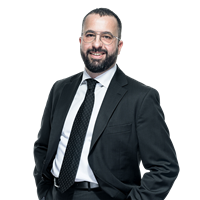