Consultation on implementation of network code on harmonised transmission tariffs

On 31 January 2019 the NRA E-Control published its consultation document on the implementation of the TAR NC. Anyone interested had the right to comment on the document until 31 March 2019.

The document is structured in line with the ACER consultation template. First, the proposed reference price methodology is described. Second, the transmission tariff levels and estimated tariffs for the new regulatory period are stated; and third, the transmission service revenue is stipulated and the reference price methodology is assessed in more detail. The final chapter entails the proposed discounts, multipliers and seasonal factors.

In order to maintain tariff stability and avoid market distortion, the proposed reference price methodology uses clustering and equalisation of homogenous points. It also stipulates a maximum tariff increase of 10%. This 10% cap is applied to all entry and exit points. Moreover, at the Murfeld exit, a benchmark tariff (down 33% compared to the current tariff) has been created so that the resulting values meet the competitive level of reference prices on a competing route (eg, to the Croatian entry-exit system via Mosonmagyarovar). Capacity-based transmission tariffs for exits into storage facilities are discounted by 50% and entries from storage facilities are discounted by 100%. The breakdown between the revenue from capacity-based transmission tariffs at all entry points and the revenue from capacity-based transmission tariffs at all exit points results in an entry-exit split of 20 to 80.

E-Control has proposed to introduce a seasonal factor at the Arnoldstein exit point, arguing that the usage and booking profile at this point shows a varying level of demand depending on consumption levels for each month.

According to Article 16 of the TAR NC, the NRA may apply ex post or ex ante discounts for interruptions, depending on whether capacity has to be interrupted due to physical congestion in the preceding gas year. E-Control proposes an ex ante discount of 12% at the entry points Oberkappel and Überackern, as they did not fulfil the requirements for an ex post discount in the gas year 2017-2018. An ex post discount will apply to all other points. The discount will be compensation paid for each day on which interruption occurs and it is supposed to be equal to three times the reserve price for daily standard capacity products for firm capacity.

Observations on the consultation

It appears that E-Control could have paid more attention to transparency and traceability when setting transmission tariffs. This could be problematic insofar as the document refers to calculations, methods and guidelines that were laid down in the existing method approval in Section 82 of the Natural Gas Act. This method has not been subject to any public consultations. Moreover, the current method does not contain any information on or explanation of the virtual point-based approach. There is no mention of virtual point distances, capacity weightings, distance rations or clustering. Thus, it is not verifiable whether the current tariff uses a virtual point-based approach.

According to the document, the tariffs are distinguished between effective tariffs (those applied from the beginning of the next tariff period) and theoretical tariffs (those which would result without the application of a 10% cap). Only the effective tariffs are set out in the document; the theoretical tariffs – which would supposedly be even higher than the effective tariffs – have not been disclosed. This is not in line with the transparency requirements of the TAR NC and is questionable in so far as the reflective costs of the proposed reference price methodology are concerned.

According to Article 26(3) of the TAR NC, E-Control must publish the consultation responses received and their summary within one month after the end of the consultation. Eight stakeholders, the Austrian Chamber of Labour, and the Austrian Ministry of Finance have made use of their right to comment on the document. All of the stakeholders and the Ministry of Finance commented on the general lack of transparency and many pointed out that the proposed multipliers are unreasonably high. Only after E-Control issues its motivated decision will it be fully assessable whether it has taken stakeholders' and ACER's comments into account.

An abridged version of this article first appeared on International Law Office. 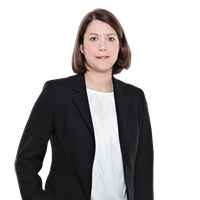