Based on Articles 26 and 28 of EU Regulation 2017/460 and the comments on the first TAR NC consultation document (CP1), E-Control carried out a second consultation on the proposed reference price methodology (RPM) and the resulting indicative reference prices, as well as the proposed discounts, multipliers and seasonal factors. On 6 November 2019 E-Control published this revised final consultation document (CP2) on the implementation of the TAR NC, in accordance with EU Regulation 2017/460's consultation requirements. Comments on CP2 could be submitted to E-Control until 8 January 2019.

The draft second amendment 2020 to the Gas System Charges Ordinance 2013 (GSCO) aligned the transmission system charges with the proposed RPM. This alignment should have entered into force on 1 October 2020. Annex 3 to the draft amendment provided for a further revised and updated RPM compared with CP2.

Publication of second amendment 2020 to GSCO

On 4 June 2020 the second amendment 2020 to the GSCO was published in Federal Law Gazette II (254/2020). This final version of the amendment largely corresponds to the draft amendment, with one major variation: the entry into force date has been changed from 1 October 2020 to 1 January 2021. Austria's two transmission system operators had heavily criticised the original entry into force date in their consultation responses to the draft amendment. Further, the tariff period has been aligned with the gas year foreseen by the TAR NC and thus now extends until 30 September 2024 (and not 1 January 2025, as was previously customary).

The proposed RPM for the Austrian entry-exit system remains the virtual point-based approach, with the Baumgarten interconnector point serving as the virtual reference point. Further, the proposed RPM continues to apply clustering (Annex 3 includes one additional cluster for storage facilities), the equalisation of homogenous points and a maximum tariff increase of 10% to all entry and exit points. In CP2 and Annex 3, E-Control justifies this 10% cap with the necessary protection of domestic supply against the volume risk arising from long-term capacity contracts at the transit level. The amount of 10% is explained by reference to the consumer price index according to which the annual increase of consumer prices amounts to approximately 1.8% (7.5 % over four years). Moreover, E-Control reacted to the request of several stakeholders in the consultation process by disclosing the 'theoretical' (ie, real) tariffs in Annex 3 in addition to the effective tariffs previously set out in CP1 and CP2.

An individually calculated exit tariff, leading to a tariff reduction, applies under CP1, CP2 and Annex 3 for the exit at Murfeld (this so-called 'benchmark tariff Murfeld' leads to a 43% reduction of the current tariff) to achieve a competitive level of reference prices on an allegedly competing route leading to the Croatian entry-exit system via the Mosonmagyaróvár exit point, thereby avoiding both underuse at Murfeld and congestion at Mosonmagyaróvár according to E-Control. Compared with CP1, CP2 and Annex 3 provide for a graphical comparison of the capacity booking process at the Murfeld and Mosonmagyaróvár exit points. Further, CP2 introduced a tariff difference limit at Murfeld of EUR 0.67kWh/h/year, which is explained at least to some extent in Annex 3.

Since the cost approval proceedings V MET G 01/17 (for Gas Connect Austria GmbH) and V MET G 02/17 (for Trans Austria Gasleitung GmbH) were still pending with E-Control when CP1 and CP2 were published, all tariffs were calculated on a preliminary cost basis and were therefore only indicative, which in turn was unfavourable for network users from a planning perspective. These cost approval proceedings have now been concluded and the corresponding official decisions handed down. The cost basis, which provides for substantially lower costs than assumed under CP1 and CP2, is therefore now binding. However, contrary to the Agency for the Cooperation of Energy Regulators' (ACER's) recommendation in its opinion on CP2,(2) E-Control has yet to publish the official decisions.

Under Article 5 of the TAR NC, E-Control must perform and publish a cost allocation assessment as part of the final consultation on the proposed RPM. The intent of the assessment is to ensure against undue cross-subsidies on capacity (or commodity) by assessing that the revenue-to-cost ratio for intra-system use is broadly similar to the revenue-to-cost ratio for cross-system use. According to Article 5(6) of the TAR NC, any ratio exceeding 10% requires justification by E-Control in its motivated decision under Article 27(4) of the TAR NC.

In CP1 and CP2, E-Control performed a cost allocation assessment, the index of which never exceeded 10%. Consequently, no further justification was required. Annex 3 now provides for a cost allocation comparison index of 12.29%. This suggests the presence of cross-subsidisation between intra-system and cross-system network use, demonstrating that the proposed RPM does not guarantee cost-reflectivity and triggering the justification requirement of Article 5(6) of the TAR NC.

The materials accompanying the amendment reveal that ACER has criticised the lack of sufficient explanations and disclosure of important data in CP1 and CP2. E-Control has partially addressed this criticism by publishing an Excel file on the Tariff-Model 2020-2024 and disclosing some additional explanations in Annex 3. However, the tariff calculation methodology is still partially incomprehensible – for instance, with regard to the benchmark tariff Murfeld, where suitable evidence for the actual competitiveness of the Murfeld and Mosonmagyaróvár exit points is still missing.

With regard to the 10% cap, Annex 3 makes clear that E-Control has not changed its opinion on the reasons for the increase, despite ACER's claim that a 10% tariff increase cap exceeds the benchmarking stipulated in Article 6(4)(a) of the TAR NC. ACER also criticised the fact that E-Control described the market-distorting effect of tariff increases of more than 10% on long-term supply contracts only in general terms in CP1 and CP2. The amendment and the materials thereto do not address this criticism.

Further, it remains unclear why certain entry-exit points are still subject to a tariff increase while the cost basis of network operators was substantially lowered and most other entry-exit points benefit from lower tariffs.

Finally, since E-Control's motivated decision was issued in the form of explanatory notes, which are not legal norms but instead aid the interpretation of the underlying amendment, it is not possible to challenge this decision.

(3) The multipliers are as follows: 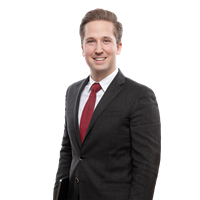