Crucial amendment to the Polish Code of Administrative Proceedings

Although the Amending Act concerns all administrative decisions regardless of subject, it has been perceived as being aimed at limiting reprivatisation (restitution) claims concerning real properties.

During the Communist regime in Poland (1944 – 1989), real property was often expropriated by the state. Many special laws were adopted to enable easy and fast expropriation. However, the authorities breached the provisions of these laws. Thus, after 1989, former owners of real properties (or their successors) began challenging these expropriations. Many of them succeeded. Prior to the implementation of the Amending Act, there was no time limit for these decisions to be invalidated. Hence, even decisions issued more than 70 years ago could be challenged and invalidated due to formal defects related to their issuance.

In a judgment of 12 May 2015 (file ref. P 46/13), the Polish Constitutional Tribunal regarded as unconstitutional the regulation of the Code of Administrative Proceedings concerning invalidations of administrative decisions after such a long period of time if  the decisions were the basis for acquiring the right or the prospect of acquiring the right. Consequently, the Amending Act has been adopted.

Verification of the risks related to restitution claims is commonly part of real property due diligence reviews in Poland. The procedure involves asking various authorities for information on the ongoing restitution procedures. In many cases no conclusive answer can be obtained, giving rise to a formal risk of the title to the real properties being challenged by their historical owners. While in most cases this risk is remote (or even theoretical), it cannot be completely excluded. This in turn causes practical problems for institutional investors, especially those using external financing, and forces them to spend money on title insurance policies.

"Pursuant to the Amending Act, no decision can be invalidated 10 years after its issuance. Therefore, the risk of nationalisation decisions being invalidated as a result of restitution claims is in most cases basically excluded."

Pursuant to the Amending Act, no decision can be invalidated 10 years after its issuance. Therefore, the risk of nationalisation decisions being invalidated as a result of restitution claims is in most cases basically excluded. Consequently, real estate transactions should be simpler and often title insurance coverage might become cheaper or obsolete.

Some people say that the Amending Act was adopted against the historical owners of Polish real properties and deprives them of compensation claims for lost properties. In many countries this political issue was resolved by special acts concerning such claims. Unfortunately, Poland has never adopted such an act. 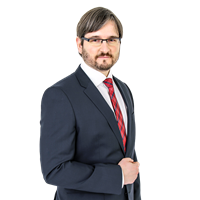