An amendment to the Civil Code will enter into force on 1 July 2020, which (i) cancels (save for some exceptions) the pre-emption right of co-owners of real estate, (ii) lifts the ban on contractual penalties against tenants of residential premises, and (iii) significantly changes the legal regulation of unit owners associations.

In practice, a seller concludes a co-ownership share purchase agreement with the buyer and then submits the agreement to the other co-owners of the real estate (e.g. a non-residential unit), which may often be tens to hundreds, with a call for exercise of the pre-emption right. If a co-owner (pre-buyer) expresses an interest in purchasing a co-ownership share (accepts the offer) and pays the purchase price within three months, the previously negotiated and concluded purchase agreement with the original buyer is cancelled.

With effect from 1 July 2020, this pre-emption right is cancelled (with a few exceptions mainly concerning real estate in the co-ownership of legal successors) and co-ownership shares in real estate will in principle be freely transferable.

However, it should be borne in mind that if the seller's obligation to offer a co-ownership share to a pre-buyer arises (i.e. if a purchase contract was concluded) before the effective date of this amendment (before 1 July 2020), the pre-emption right will not be cancelled and expires after three years.

Possibility to impose a contractual penalty on tenants of residential premises

Changes in the regulation of unit owners associations

The amendment also contains a number of changes in the regulation of unit owners associations (in Czech: společenství vlastníků jednotek), the most important of which are described below.

The requirements for changing the declaration of the house owner on the division into units will be simplified; unit owners association assembly approval will no longer be necessary. An overruled owner of a unit will have the right to challenge the decision to change the declaration of the house owner at the court within three months from the moment when it could learn about the decision.

The involuntary sale of a unit of an owner who seriously violates its obligations will also be easier after the current amendment to the Civil Code. In future, the court will be able to order the sale of the unit at the request of the person responsible for the administration of the house (i.e. usually the administrator elected by the unit owners association assembly), even if the owner was not previously required to fulfil its obligation by an enforceable court decision. Before the sale of the unit, a prior written warning from the house administrator will be required, who will have to comply with the legal requirements. 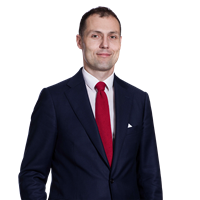