The Czech Parliament is set to pass a new act prohibiting landlords from terminating commercial leases if tenants fail to pay rent (the "Act").

The draft Act deals with rent falling due between 12 March and 30 June 2020 (the "Critical Period"). Landlords would not be able to terminate any commercial leases up to 31 December 2020 solely on the grounds of the tenant's delay in payment of rent becoming due in the Critical Period ("Postponed
Rent").

State to guarantee 80 % of rent?
The Act was approved by the Chamber of Deputies of the Czech Parliament on 8 April 2020 and was subsequently returned to it by the Senate of the Czech Parliament on 17 April 2020 with a change recommendation. The Senate is recommending that the state should guarantee payment of 80 % of the Postponed Rent to the landlord in case it is not paid by the tenant.
The Chamber of Deputies will now discuss this recommendation. It is generally expected that the Act will be adopted, probably without the state guarantee provision. The Act could come into force in the first half of May 2020.

Tenant to prove limitation
The tenant will be obliged to prove to the landlord that it is not able to pay the Postponed Rent as a result of a limitation caused by the Czech government's extraordinary measures related to COVID-19 ("Measures"). We presume that tenants
will be able to prove this if their stores have been shut down as a result of the Measures.

Default after 31 December 2020
If the tenant does not pay the Postponed Rent by 31 December 2020, the landlord will be entitled to terminate the lease with a notice period of five days. There will be no additional grace period, unless agreed between the parties.

Exceptional termination by landlord
The parties may not deviate from the Act to the detriment of the tenant. However, the landlord may seek to terminate the
lease after the end of the Measures if it would not be just to require such a limitation from the landlord. The interpretation of this provision will largely depend on the court's approach. We presume that this provision will only apply in exceptional cases.

VAT on unpaid invoices
The landlord is legally obliged to declare and pay VAT applied on invoices (including Postponed Rent) to the tax authority even if the tenant has not yet paid the invoice. The Czech Ministry of Finance has declared that the VAT from unpaid invoices or part thereof for the Postponed Rent will not be required (based on the landlord's written request for leniency) until it is paid
or until 31 December 2020 at the latest.

Constitutional review?
If it is adopted and becomes effective, the Act will probably be reviewed by the Constitutional Court of the Czech Republic, as it has retroactive effects on private law relationships (lease agreements) without compensation to the damaged party (landlord). Nevertheless, the Constitutional Court will have to carefully consider if the public interest in a functional economy and the interests of the tenants damaged by the Measures in this extreme situation do not prevail.

It must be noted that if the Act is revoked, which may not be excluded without detailed analysis, the Czech Republic will probably not be found liable for eventual damage caused to the landlords by this potentially unconstitutional legislation. 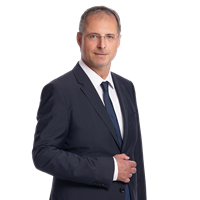