Schoenherr advised the Auto Palace Group ("Auto Palace"), a Czech subsidiary of the AutoBinck Group and a leader in car dealerships in the Czech Republic, on the acquisition of two car dealerships in Prague and Karlovy Vary from CarPoint Karlovy Vary s.r.o. With this expansion Auto Palace acquires two more dealerships with an investment value of almost EUR 6 million, and will expand its offer with five new brands, namely Audi, Volkswagen, Volkswagen Commercial Vehicles, SEAT and Cupra.

"We are pleased that we could assist Auto Palace with such a significant expansion in the Czech market, one that will enrich their offering with five new brands, and contribute to the business strategy of the company," said the leader of the advisory team, Ondřej Havlíček, after closing the transaction.

Schoenherr Prague provided Auto Palace with comprehensive transactional advisory services, including legal due diligence, structuring of the transaction, preparation and negotiation of the sale and purchase agreement, and lease agreements.

Auto Palace belongs to the Dutch group AutoBinck, founded in 1907, which currently operates in eight European countries. In the Czech Republic, Auto Palace is one of the leaders in new and used car dealerships. In 2021 Auto Palace expects to sell more than 15,000 new and 5,000 used cars.

CarPoint Karlovy Vary s.r.o. has been an authorised dealer of the Audi, Volkswagen and Volkswagen Commercial Vehicles brands since 2003, and services all Škoda Group brands. 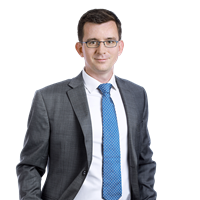