"We were delighted to support Celonis in this landmark transaction on the Czech market," said Vladimír Čížek, partner at Schoenherr Prague and team leader. "Despite the multifaceted nature of the deal, including complex tax structure, we managed to close the transaction in an extremely short time frame."

Schoenherr's Prague office provided complex transactional advise to Celonis, including due diligence, transaction structuring and transaction documentation drafting and negotiation. As a result of the transaction some of the sellers remain in managerial positions at Integromat to collaborate on the future development of the company.

Integromat, s.r.o. is a Czech-based provider of automation software established in 2013. The company's software automates processes usually handled manually. It is capable of connecting apps as well as transferring and transforming various data. The software is used by well-known companies to improve and speed up their processes.

Comprehensive legal advice on US elements of the transaction was provided in collaboration with Davis & Polk US' tax and M&A teams. 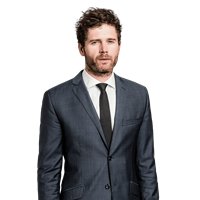