Since this spring, the Czech Republic has been struggling with the coronavirus SARS CoV-2. The response to the pandemic in the field of labour law was the creation of the so-called Antivirus programme, which aimed to mitigate the economic impact of the pandemic by providing a state-backed financial contribution to salary costs. This should prevent mass redundancies and keep unemployment levels under control. Schemes A to C of the Antivirus programme were created on an ad hoc basis as an immediate response to the negative effects of the pandemic.

Simultaneously with the launch of the Antivirus programme, the so-called kurzarbeit (short-time work) system began to be discussed. Kurzarbeit is a systemic legal regulation designed to enable the state to provide financial support to the private sector in any serious situation; the aim is to compensate for wage costs (or their parts), prevent collective redundancies of employees and thereby reduce the negative effects of the emergency on the economy. The current Employment Act already contains some regulation of this institute; however, due to the wording of the provision, it is virtually unusable in practice. This should be resolved by a newly prepared amendment, which will adjust kurzarbeit comprehensively. Thus, unlike the Antivirus programme, kurzarbeit is intended to function as a general solution for several emergencies and not as a one-off programme to help respond to the current pandemic. In principle, however, the two institutes are similar, and operation of kurzarbeit is in some respects the same as running the Antivirus schemes.

The kurzarbeit amendment will be included in the Employment Act as a so called partial unemployment benefit. The relevant amendment was submitted by the government in September this year. As originally intended, the amendment was to be effective as early as November, therefore following up seamlessly on the Antivirus programme. However, as the law could not be discussed in a state of legislative emergency, this deadline is already completely unrealistic. The amendment is currently in the second reading in the Chamber of Deputies of the Czech Republic and almost 40 amendatory proposals have already been submitted to it. Due to the delay in the passing of this amendment, it has already been decided to extend further support under the Antivirus programme (Scheme A has already been extended until the end of this year).

According to the government's proposal, the kurzarbeit should be applied as follows:

The proposal also stipulates that in some cases no financial support is provided; employees working under a working time account scheme, or if sickness or maternity allowance has been provided, should be excluded.

The employer is obliged to provide related documents for the request for the support. It cannot be overlooked that the employer is obliged, among other things, to provide an oath declaration that it will not pay extraordinary profit shares to shareholders or distribute its equity in any way or provide shareholders with any other extraordinary performance, including early repayment of loans. I consider this provision to be quite problematic. On the one hand, it may lead to a situation where the company may not pay the share on profit to the shareholder who personally participates on the business activity of the company and who has no other contract with the company (i.e. no employment or other contract) and whose only income is represented by such share on profit; such shareholder will therefore remain completely without resources (typically this problem will concern smaller companies and start-ups). At the same time, this provision can be seen as a punishment for the success of previous years, when, for various reasons, equity may have accumulated, for example for a planned investment, which cannot be implemented precisely because of the extraordinary event triggering the kurzarbeit.

As mentioned above, the kurzarbeit, which would reasonably set the conditions for state support for business in relation to labour costs and employment, has not yet been amended. However, its intention is clear and meaningful: to support the private sector and to actively contribute to job retention. Given the state of the legislative process and the high number of amendments, it is clear that the discussion on this institute will take place over a longer period and the planned effectiveness on 1 November 2020 is not achievable. After all, the Antivirus A programme has already been extended until the end of this year. We eagerly await further developments and hope that the final scheme will provide sensible and effective assistance to businesses and their employees in this difficult time. 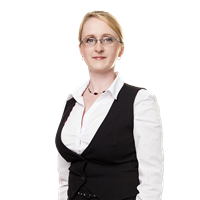