Czech Republic: State supports actions to mitigate the impact of the pandemic

Czech businesses and citizens have recently been affected by the adverse effects of the state of emergency declared due to COVID-19 and related emergency measures taken by the government or the Ministry of Health.

Naturally, the almost complete closure of national borders and the ban on gatherings of more than two persons are in principle very restrictive steps, whose adoption was hard to imagine even a month ago. Many businesses are therefore suddenly faced with a slowdown or even complete suspension of their activities and subsequent loss of income not only for them, but also for their dismissed employees. Since these fundamentally restrictive measures have yet to be withdrawn or relaxed, the Government of the Czech Republic has started to prepare the following economic packages aimed at mitigating the negative impacts:

In an effort to avoid this regulation, the Czech Banking Association, which unites the vast majority of banks on the Czech market, publicly appealed for a voluntary moratorium. According to the statement of the association, banks should provide their clients with a three-month deferral of mortgage and consumer loan repayments. However, the conditions are set by each bank itself. Some of the banks have already announced that deferred mortgages will not bear interest for the period of the moratorium, while others will not abandon interest and will even require a fee for processing the deferral request.

The Ministry of Finance has also prepared a liberalisation package for taxpayers affected by the current situation extending the deadline for filing personal and corporate income tax returns by three months to 1 July 2020. The Ministry forgives some fines and, in fact, also postpones the effectiveness of the final phase of electronic sales records by three months until 1 August. The latter measure is rather a psychological than actual boost though because it merely means that businesses affected by a loss of income will not have to report these non-existent revenues to the state, which they would not have to in any case.

The government also approved the "Antivirus" programme of the Ministry of Labour and Social Affairs aimed at helping companies delay the need to lay off employees by partially compensating wages. Employers whose economic activity will be at risk due to the spread of the disease will be granted a contribution to pay, in whole or in part, wage compensation to employees due to obstacles to work on their side (quarantine order) or on the employer's side (closure of the establishment due to a government order) caused by COVID-19. However, details of this program are not carved in stone yet.

The government also adopted reliefs for sole traders in the form of six-month "holidays" in the payment of advances on health and social insurance. In their annual accounts, their total premiums will be reduced by the amount corresponding to the minimum advance payments for half a year and this amount will be entirely forgiven. The aim of the measure is therefore to temporarily assist low-income self-employed workers who have not earned sufficient income to pay the advances. The Ministry of Finance and the Financial Administration are currently finalising the parameters of the support measure for self-employed persons, thanks to which those who were most affected by the current government measures would receive direct support of CZK 15,000 per month.

Self-employed persons are also entitled to payment of a benefit equivalent to the nursing allowance paid to persons who take care of a child under the age of 13 due to the closure of a school in connection with the pandemic or if the child has been ordered to stay in quarantine. It will be paid through trade licensing offices, up to a maximum of CZK 13,000 per month.
Other amendments to laws, such as the Insolvency Act, are currently under discussion to prevent the "epidemic" of bankruptcies caused by COVID-19.

Find the Czech version of this newsletter here. 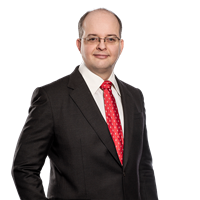