Reasoning behind the changes

These numbers have convinced the government that the provisions of the new pre-bankruptcy regime lacked sufficient incentives for debtors, and that the procedure was too rigid and difficult to enforce. The proposed amendments should encourage debtors to initiate pre-bankruptcy proceedings and make the procedure more debtor-friendly. The amendments came into force on 2 November 2017.

Conceptual change of the BA

By far the biggest change of the BA is the introduction of DIP financing during the pre-bankruptcy stage, which so far was not envisaged in Croatian insolvency.

The rules for taking on new monetary debt for temporary financing necessary to continue business activities throughout pre-bankruptcy proceedings (DIP financing) are a novelty in Croatian insolvency, and are as follows:

Other not-so-minor changes to the BA

Some of the most relevant changes to pre-bankruptcy are:

The most relevant changes to bankruptcy are: 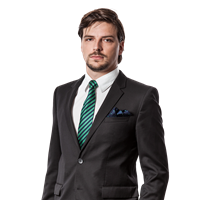 Attorney at Law in cooperation with Schoenherr