Due to their volume and value, transactions in listed companies regularly affect a variety of different stakeholders, from minority shareholders through to creditors, employees and the public interest.

Whereas a control-seeking bidder is interested in acquiring a prospective target quietly for an attractive price and with the ability to implement control as soon as possible, minority shareholders, in particular activists, will be interested in being informed about any changes in the target company's control situation as soon as possible, as they are heavily dependent on the new core shareholder's corporate decisions and will exit at the most favourable price possible. Creditors, meanwhile, will be interested in a steady loan-to-value ratio, and employees will demand job security. Taking these and other conflicting interests into account, the Austrian legal framework provides for a number of disclosure rules to the detriment of the bidder and limiting its privacy.

One of the bidder's key disclosure obligations is set in the Austrian Stock Exchange Act. Originating from the European Transparency Directive (last amended by 2013/50/EU), a bidder that reaches, crosses or falls below certain thresholds in a target company's voting rights starting with 4%, 5% to 50% in increments of 5%, 75% and ending at a level of 90% is obliged to notify the target company, the Vienna Stock Exchange and the Financial Market Authority within two trading days. Subsequently, the target company has to inform the market by a public announcement. Failing to provide the necessary information to the above entities will be sanctioned by suspension of the bidder's voting rights and fines that could reach up to EUR 10 million or 5% of the bidder's total annual net revenues.

In order to prevent evasion, shares with voting rights that are inter alia held by a bidder's subsidiary or other persons acting in concert with the bidder shall be attributed to the bidder, too. Finally, the notification obligation includes financial instruments in case a threshold pursuant to the Stock Exchange Act is reached or crossed. Financial instruments can either be arrangements that give the bidder a right to acquire (or the discretion as to its right to acquire) target company shares with voting rights or other instruments, which may not provide an acquisition right, but which are referenced to target company shares and provide a similar economic effect, whether or not they confer a right to a physical settlement. Most importantly, for the purpose of calculating the over-all number of the bidder's voting rights in a target company, (in)direct shareholdings and financial instruments shall be aggregated.

In a nutshell, the rules inhibit secret stake building or exercising control by the bidder without prior disclosure. Other stakeholders are able to react appropriately to changes in the shareholder structure at an early stage. On the other hand, bidders who intend to acquire a significant stake or control need to carefully prepare their acquisition plan and move forward quickly, as privacy in listed companies is sacrificed for the benefit of transparency. 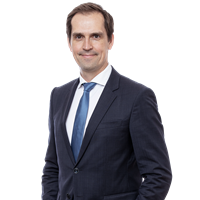