Employers may prohibit their employees from wearing Islamic headscarves and other religious or political symbols, subject to certain conditions.

On 14 March 2017, the European Court of Justice (the "ECJ") adopted a corresponding ruling in Luxembourg and decided on two cases in this respect, one dealing with a receptionist from Belgium and the other with a software designer from France.

The first case (RS C-157/15 – Achbita) dealt with a Muslim woman employed as a receptionist with the G4S security company. When she was hired in February 2003, an unwritten policy was in place at G4S prohibiting employees from wearing visible signs of any political, philosophical or religious beliefs at their workplace. Three years later, she announced that she would wear the Islamic headscarf to work. The management rejected this as a visible display of political, philosophical or religious symbols that contradicts the neutrality that G4S wishes to present towards its customers, and she was therefore dismissed. Earlier, the work council had approved the adoption of the employer's applicable working regulations strictly prohibiting the wearing of headscarves or any other religious symbols at the workplace.

Another case (RS C-188/15 – Bougnaoui) involved a Muslim woman employed as a software designer at Micropole since July 2008, who wore a headscarf to work from the very beginning of her employment. After a customer complained, Micropole reinforced its principle of neutrality vis-à-vis its customers and asked her to refrain from wearing a headscarf. As she did not comply with this request, she was dismissed.

2. Guiding Principles of the ECJ

The ECJ clearly stated that a ban on wearing an Islamic headscarf contained in a private undertaking's internal regulations does not constitute direct discrimination due to religion or ideology. This statement was made under the condition that any and all employees of the undertaking are treated equally and are generally and without exception required to dress in a neutral way. This prohibition is especially legitimate if aimed solely at employees working in direct contact with customers. Furthermore, it needs to be verified whether the employer may easily assign the employee to a different workplace where they are not seen by customers. If such a reassignment is possible, dismissal based on the wearing of a headscarf may not be justified.

Nevertheless, the ECJ points out that the mere wish of a customer not to be served by an employee wearing a headscarf generally does not justify such a prohibition.

The ECJ clearly illustrates that the principle of equality according to the relevant regulation stands for the prohibition of direct or indirect discrimination. An internal rule stating that "employees are prohibited from wearing visible signs of their political, philosophical or religious ideology and/or expressing any ritual arising from such an ideology" is binding for any and all employees by requiring them in a general and undifferentiated manner to dress in a neutral way. Hence, such an internal rule does not constitute unequal treatment directly based on religion or ideology according to the relevant regulation.

However, national courts still need to verify if the internal rule leads to indirect discrimination. Such discrimination exists in case the seemingly neutral internal regulation puts persons with a certain religion or ideology at a distinct disadvantage. Discrimination of this kind can only be justified by a legitimate aim and the means to achieve this aim need to be adequate and necessary. An employer's wish to give its customers an impression of neutrality within its undertaking is especially legitimate if only employees who come into direct contact with customers are addressed by this measure.

If the termination is not based on such an internal rule, it must be verified whether the employer's intention to follow the customer's wish to prohibit headscarves is justified pursuant to the relevant regulation. This would only be the case if the respective feature plays an essential and decisive part in the occupational activity or is a condition for the performance of work. It must be noted that a feature connected with religious aspects may only constitute such a legitimate requirement under very limited conditions.

Employers may prohibit their employees from wearing a headscarf provided that the undertaking follows a clear and general rule on this issue, implemented in a neutral and non-discriminatory way. However, such a rule needs to address all political, ideological or religious signs and must not single out certain religions only.

Under Austrian law, the wearing of a headscarf and/or a full face veil could already be prohibited for employees in certain circumstances, as is the case in hospitals for hygienic reasons. Furthermore, the Austrian Supreme Court recently ruled that employers are not required to continue to employ employees who wear a full face veil if the employee is working in direct contact with customers. It may be assumed, however, that general prohibitions on wearing religious symbols of any kind may not be legitimate where the employee has no or limited contact with customers, as is the case for warehouse staff, factory workers or cleaners who work outside of business hours. 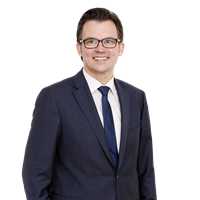