In its decision C-633/20 of 29 September 2022, the European Court of Justice (ECJ) recognised that the concept of an insurance intermediary or insurance distributor also includes a legal person who offers voluntary membership in a group insurance policy that it previously concluded with an insurance company, for which it receives remuneration from its customers who in return are entitled to claim insurance benefits.

The plaintiff believed the defendant's activity was insurance mediation, for which a licence under trade law was required, and sued for an injunction against the activity. The action was upheld at first instance but dismissed at second instance.

The German Federal Court of Justice's question to the ECJ

Is a company – which as a policyholder maintains foreign travel health insurance as well as foreign and domestic repatriation costs insurance as group insurance for its customers with an insurance company, sells memberships to consumers that entitle them to claim insurance benefits and receives remuneration from the recruited members for the acquired insurance coverage – an insurance intermediary within the meaning of Art. 2 Nos. 3 and 5 of Directive 2002/92 (IMD Directive) and Art. 2 para. 1 Nos. 1, 3 and 8 of Directive 2016/97 (IDD Directive)?

The German Federal Court of Justice thus wanted to know whether the term "insurance intermediary" (IMD-RL) and therefore the term "insurance distributor" (IDD-RL) covers a legal entity whose activity consists in offering voluntary membership in a group insurance policy previously concluded by it with an insurance company, for which it receives remuneration from its customers, and which entitles the customers to claim insurance benefits.

According to Art. 1(1)(9) of the IDD, the concept of remuneration includes all types of commissions, fees, charges or other payments, including economic advantages of any kind, or financial or non-financial benefits or incentives offered or granted in relation to insurance distribution activities. Accordingly, it is irrelevant that the payment is made by the joining members to the legal entity (as the insured party) each time they join the group insurance contract and not by the insurer in the form of, for example, a commission. Therefore, the criterion of remuneration is considered to be fulfilled if each membership of a customer of the legal entity that has concluded the group insurance contract with the insurance company and pays insurance premiums to it in this context leads to a payment to this legal entity. The prospect of this payment constitutes an economic interest of its own, which is distinct from the interest of the members in obtaining the insurance coverage resulting from the contract in question and is likely to induce them to work towards a large number of contract entries (paras. 41-42).

For these reasons, the group policyholder in the initial proceedings was to be qualified as an insurance intermediary or insurance distributor.

Finally, the ECJ also explicitly referred to the corresponding licensing and registration requirements for the above-mentioned activities of group policyholders. 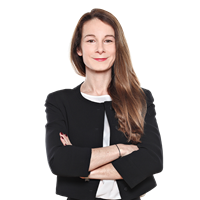