In Parts 1 – 3 of our Efficient Arbitration Series, we introduced various efficiency tools. In Part 4 we will discuss one of these tools which has considerable savings potential: “document production”.

Presenting the right evidence is key in arbitration. But, what if a party does not have the documents it needs to prove its case, because they are in the possession of its opponent?

This is where “document production” comes into play: the party will request these documents from its opponent, and the arbitral tribunal will decide whether and to what extent the opponent needs to comply with that request.

The commonly used procedure for document production, as set forth by the 2010 International Bar Association Rules on the Taking of Evidence in International Arbitration, includes the following steps:

Reaching a decision on producing the documents or maintaining objections is often difficult. If the opposition is based on formal grounds, e.g. insufficiently precise application for submitting a category of documents it may, in principle, be resolved without knowledge of the evidence sought. However, deciding on an opposition based on substantive grounds (such as privilege, commercial or technical confidentiality of the documents) may require the tribunal to read the contents of the documents. In such cases appointment of an impartial and independent expert may help the tribunal decide whether to order the party to produce documents.

The expert’s task is to opine if the objection is legitimate without disclosing the contents of the documents to the tribunal and other parties. However, even in such a case, the decision to uphold the objection is taken by the arbitral tribunal.

The expert appointed in this way may also be able to decide on the legitimacy of the objections and perform other functions, such as inspecting the parties’ headquarters to search for the relevant documents to be submitted in the proceedings.

Ultimately, the decision to appoint an expert, as well as the scope of its competence and powers, is with the parties.

For its complex procedure, document production can be time-consuming and expensive. However, when used properly, it is a powerful tool to strengthen (or weaken) a party’s case — in particular if, without document production, one of the parties will lack the evidence that will likely make or break their case.

This makes document production such a great example of an efficiency tool:
If mishandled, document production is an expensive, lengthy process without much of a result. But, if handled properly, it will indeed improve the chances to win the arbitration.

This article was first published on Kluwer Arbitration Blog. 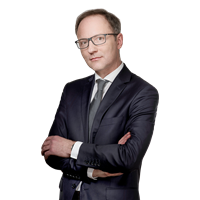