Electromobility on the rise

As part of the EU's efforts to achieve carbon neutrality, Regulation (EU) 2019/631 of the European Parliament and of the Council of 17 April 2019 (effective from January 2020) laying down CO2 emission performance standards for new automobiles and new light commercial vehicles (the "Regulation") was issued. Under the Regulation, individual manufacturers (or associations of manufacturers under Article 6 of the Regulation) will be obliged, inter alia, to reduce emissions from new automobiles by 37.5 % by 2030 (compared to the 2021 target of 95 g CO2/km).

Practical implications of the Regulation
In practice, the above emission limit set by the Regulation will mean a requirement to reduce the average consumption of new automobiles by 2030 to around 2.5 l of petrol per 100 km. If a manufacturer or association of manufacturers fails to reach this level of consumption in its fleet – which is expected – they will also be forced to supply a significant percentage (approx. up to 50 %) of electric or hybrid vehicles to the market.
An alternative for car manufacturers to the development and sale of electric vehicles or hybrid vehicles will be to pay a fee for exceeding the emission limits. However, given that it is EUR 95 for every gram of CO2 per kilometre above the threshold (in practice hundreds of millions to billions of euros per year for the largest manufacturers), it will certainly not be an attractive option.

National Action Plan for Clean Mobility
In order to fulfil the Czech Republic's commitments to the EU in the area of reducing transport emissions, the Ministry of Industry and Trade, in cooperation with other ministries, issued a National Action Plan for Clean Mobility (the "Action Plan") in 2015. It sets the strategic goals of the Czech Republic in the field of clean mobility (including electromobility) and individual measures to achieve them.
One of the strategic goals of the Action Plan is to achieve the operation of 250,000 electric vehicles in the Czech Republic by 2030 (Art. 4.1.1), which represents more than 4 % of all registered automobiles in the Czech Republic. This strategic objective is to be achieved by stimulating demand through subsidies, favouring electric vehicles on the road, supporting the construction of charging infrastructure and providing information to the public.
As only about 3,000 electric cars are currently registered in the Czech Republic, which represents only about 0.05 % of all registered automobiles, relatively massive support for electromobility may be expected in the coming years from the government and the ministries concerned.

Subsidies for electric vehicles and charging stations
To achieve the strategic objectives set out in the Action Plan, in 2018 the Ministry of Industry and Trade issued its fourth call to use the "Low Carbon Technology – Electromobility" support programme. Applications for subsidies were received from December 2018 to May 2019. During this period, 341 applications for subsidies totalling CZK 267m were received. The original total amount of subsidies was only CZK 200m. Under this programme, businesses (not non-self-employed natural persons) could, among other things, apply for subsidies to purchase electric vehicles and non-public charging stations. The minimum subsidy was set at CZK 50,000 and the maximum was CZK 10m. For 2020, the Ministry of Industry and Trade plans to announce a call under this programme with a total subsidy of CZK 50m.
Businesses that are thinking about applying for a subsidy should first verify whether they meet the subsidy conditions, i.e. in terms of their creditworthiness, the subject of the subsidy and the expected size of the subsidy. It is then necessary to submit the application, business plan and other required annexes electronically in the MS2014+ system.
In addition to the subsidy programme for businesses, the Ministry of the Environment also announced a subsidy programme for municipalities, regions, contributory organisations and other public-legal entities called "Environment". In the framework of the 2019 subsidy call, grants totalling CZK 100m were allocated under this programme, the vast majority of which were for electric vehicles and smart charging stations. According to the communication of the Ministry of the Environment, a similar call will be announced for 2020 with approximately the same subsidies.

Benefits for electric vehicle owners
In addition to the subsidies, electric vehicle owners are already benefiting from road tax exemptions and free (or reduced fee) parking in some municipalities.
Moreover, from April 2019 an amendment to Act No. 56/2001 Coll., on the Conditions of Operation of Vehicles on the Road, came into effect, under which electric vehicle owners can apply for new licence plates starting with the letters "EL" free of charge. In the future, these plates will probably entitle them to other benefits, such as exemptions from motorway tolls or the use of dedicated lanes in municipalities. Unlike some other countries, the sale of electric vehicles in the Czech Republic is not exempt from value added tax (a 21 % rate currently applies).

Development of the charging stations network
There are currently over 400 charging stations for electric vehicles in the Czech Republic, mainly in large cities. According to the Action Plan, by the end of 2025, all cities with more than 10,000 inhabitants should be covered by charging stations.
The advantage of charging stations is that unlike conventional filling stations they can be placed pretty much anywhere, for example, on building facades, outdoor car parks or in garages. While installing charging stations on building facades will generally not require territorial approval, placement in car parks may require (i) territorial approval of the building authority within the meaning of Section 96 (2) (a) of the Building Act (typically a separate stand on the land) or additionally (ii) notification to the building authority pursuant to Section 104 (1) (d) of the Building Act (typically a roofed charging station with multiple stands). Charging station operators should remember to legally secure the land (if they are not the owner) in which the electrical connections will be located, ideally by establishing a utility easement under Section 1267 of the Civil Code. 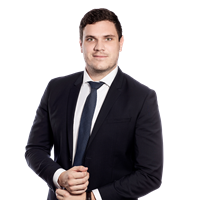