The revisions aim to ensure that design protection is fit for purpose in the digital age and more accessible and efficient for individual designers, SMEs and design-intensive industries in terms of lower costs and less complexity, increased speed, greater predictability and legal certainty.

Proposals for changes in the Community Design Regulation

With the planned amendment of the CDR, we highlight content that is to be revised or supplemented as follows:

Proposals for changes in the Community Design Directive

In parallel to the proposals regarding an amended Community Design Regulation, the Commission also suggested a recast of the Directive on the legal protection of designs. This concerns essentially the following points:

The two proposals will now be transmitted to the European Parliament and the Council for adoption under the ordinary legislative procedure. When the new proposals are adopted, the new rules of the Design Directive will be transposed into the national law within two years. As regards the Community Design Regulation, part of the changes will become applicable within three months after its entry into force, and the rest when the delegated and implementing acts are enacted (18 months after entry into force). Therefore, we will definitely hear more about the upcoming changes in European design law in 2023.

2 Proposal for a DIRECTIVE OF THE EUROPEAN PARLIAMENT AND OF THE COUNCIL on the legal protection of designs (recast), COM(2022) 667 final. 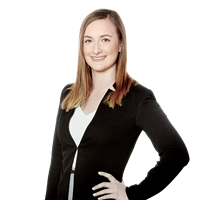