Fast times in the insurance industry

The COVID-19 pandemic has had an unequal impact. This is a general observation that is also true in the insurance industry.

Some areas stagnated, some continued their development, and some faced new, pandemic-related questions. The following are the highlights of our 2020 insurance practice that will have a significant impact on 2021.

Austria's lockdown as of 16 March 2020, most affected gastronomy, accommodation, trade and service companies and immediately triggered the question of whether business interruption policies provided coverage. Two main issues quickly became clear:
First, Austrian- and German-style BI insurance provided coverage only if a public authority ordered the closure of a business under the Epidemic Act. The COVID-19 Measures Act and regulations based on it, however, were no "business closures". Rather, the Austrian Government chose to leave the historic area of the Epidemic Act and to implement a new regime which prohibited access to public space and to certain business premises for the purpose of acquiring goods or using services. Typically, businesses therefore had good economic reasons to close but were not forced to do so. Restaurants could still switch to food delivery services and most hotels could continue housing existing guests. The Vienna Commercial Court already confirmed this legal situation in one decision. It remains to be seen whether the higher court will uphold it.
Second, the calculation of a loss in a BI policy had to take the general market conditions into consideration, meaning that even if there was coverage there was no insured loss, because due to the deteriorating market environment no business would have made significant turnover even had it remained open. In the event of a pandemic, the income of accommodation establishments and restaurants is accordingly reduced or even zero compared to "normal times". And in the rare exceptional cases of agreeing on a lump sum, i.e. a fixed, damage-independent sum insured, the agreement of an amount exceeding the damage by more than 10 % would have been invalid due to the controversial, but, according to the Austrian Supreme Court ("ASC"), still mandatory prohibition of enrichment according to Section 57 of the Austrian Insurance Contract Act, so that lump sums insured are typically invalid.

Once it had become clear that BI policies were not designed for a pandemic like COVID-19, the Austrian insurance industry – like its German counterpart – offered voluntary subsidies to their customers which, all in all, seem to have been accepted by the vast majority of BI policyholders.

"Unlimited" or "eternal" cancellation rights keep courts busy both in Germany and Austria. Further to ECJ C-209/12 and Austrian Supreme Court 7 Ob 107/15h, it had become unclear whether policyholders of life insurance contracts concluded since 1997 were still entitled to cancel their contracts. The main areas of discussion and litigation were (i) if the information Austrian policyholders received about their cancellation rights was correct, and (ii) if not, whether the information was so incorrect that the 14- or 30-day cancellation period never started to run and therefore is still open, and (iii) if yes, how customer claims after a cancellation, if any, have to be calculated.
ECJ C-355/18 to C-357/18 and C-479/18 and several follow-up ASC decisions in early 2020 clarified the following key aspects:

The ASC also clarified that following a "late cancellation", policyholders are entitled to claim back their premiums paid minus risk costs minus surrender values received, if any, plus 4 % p.a. "remuneration interest" for the last three years or, if the contract was unsuitable to the needs of the policyholder at the time of its conclusion, 4 % p.a. remuneration interest for up to 30 years. A still open question is whether policyholders will have to revert to the fiscal authorities to claim back insurance premium tax (see ECJ C-803/19). 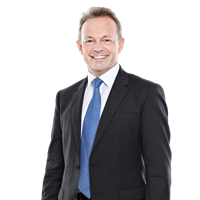