From temporary employment to retirement age: News from the Polish labour law

The most important changes from the employer's point of view include the following aspects of temporary employment:

The above restriction is territorial, which means, that such employment could not occur in any of the employer-user's units located in the same municipality as the unit in which the previously dismissed employee was employed.

The employer-user has the additional obligation to submit internal regulations on remuneration of employees at the request of the temporary work agency, ie remuneration rules or company collective agreements and to notify the agency about any changes to the applicable remuneration policy.
The purpose of introducing this obligation is to provide similar working conditions and salaries for those who are directly employed by the employer and those who are employed by the temporary work agency.

The employer-user is obliged to keep records of temporary employees who perform their work on the basis of a contract of employment and a civil law contract containing information about the starting date of employment and the date of termination of such work for a period of 36 consecutive months. The obligation to keep such records extends for a period of 3 years following the termination of employment by the temporary employee. The records must be kept in paper or electronic form.

Legal basis: The Act of Law of 7 April 2017 amending the Act on the Employment of Temporary Employees and some other acts (Journal of Laws of the Republic of Poland of 2017, item 962).

2. New list of arduous, dangerous or harmful types of work for pregnant and breastfeeding women

Legal basis: Regulation of the Council of Ministers of 3 April 2017 on the list of arduous, dangerous or harmful work for pregnant and breastfeeding women (Journal of Laws of the Republic of Poland of 2017, item 796).

3. Principles of issuing certificates of employment

On the other hand, the employee has 7 days to submit his/her certificate of employment to the employer in order to supplement its content with information about the court's ruling regarding the legal action taken by the employer for compensation for unjustified termination of the employment contract without notice by the employee.

Temporary work agencies were obligated to include information on each certificate of employment of temporary employees about each employer-user, to whom the temporary employee has worked on the basis of an employment contract and the periods during which such work was performed.

Legal basis: Regulation of the Minister of Family, Labour and Social Policy of 24 May 2017 amending the Regulation concerning Certification of Employment (Journal of Laws of the Republic of Poland of 2017, item 1044).

4. Reduction of the statutory retirement age

On 1 October 2017 the legislation that restored the retirement age of 60 years for women and 65 years for men entered into force.

On the other hand, employees who are not covered by protection yet and who reach the retirement age within 4 years from the date of entry into force of this act of law, are protected for a period of 4 years calculated from 1 October 2017, even when the period expires after reaching retirement age. Thus they will be entitled to such protection until the end of September 2021.

Legal basis: Act of Law of 16 November 2016 on the amendment of the Law on Pensions from the Social Insurance Fund and some other acts (Journal of Laws of the Republic of Poland of 2017, item 38) 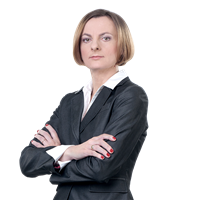