Hungarian authority gets a boost in enforcement against large retail chains

On 20 March 2015 the Hungarian Competition Authority ("HCA") imposed a staggering fine on Auchan for abusing its significant market power.

The HUF 1.06bln (approx. EUR 3m) fine is the highest ever imposed by the authority for the infringement of the Trade Act (Act CLXIV of 2005 on Trade). Although the decision is from 2015, the Hungarian courts put an end to the judicial review only now. The Supreme Court of Hungary has upheld the HCA's decision in its entirety.

The HCA's case against Auchan

Auchan required most of its non-food suppliers to pay a "discount contribution fee" between 2006 and 2014. The fee was based on the net value of the products delivered to Auchan, irrespective of actual sales figures. Normally, it ranged between 5 % and 15 % depending on the supplier, but in certain cases it spiked to 40 %. The amount was usually revised during the annual negotiations with the supplier.

The HCA has initiated an investigation to determine whether the fee constituted an abuse of Auchan's significant market power against suppliers. The investigation showed no service behind the fee, or, at least, that the suppliers cannot point to a specific service which Auchan provides in exchange for this contribution. Some of the suppliers in fact regarded it as a straightforward listing fee.

Auchan argued that the fee is an integral part of the pricing process. It allows suppliers to apply their regular list prices vis-à-vis Auchan and to pay the fee as a separate contribution. Auchan also argued that its buyer power and market share does not allow for abusive behaviour against large international suppliers like Samsung and Procter & Gamble, as these players have significant market shares and negotiating power themselves.

In 2015 the HCA concluded the proceeding with one of the most significant fines imposed on a single undertaking in its history. According to the authority, the fee was in fact a fixed payment which Auchan required from its suppliers for featuring their products on the shelves. The Trade Act prohibits undertakings with significant market power to impose such fees, so the HCA concluded that Auchan's practice constitutes an infringement.

Auchan initiated a judicial review of the HCA decision. It argued before the Hungarian courts that the Trade Act (the prohibition of such fees) breaches European law through the restriction of basic freedoms (movement of goods and freedom of establishment). Auchan also noted that the decision shows an application of competition law which is inconsistent with EU standards and its market shares in Hungary indicate no significant market power. It also contested the fine imposed as highly excessive and based on considerations irreconcilable with the applicable administrative law.

The first instance court dismissed Auchan's appeal. It did not find a breach of EU law and considered the HCA's actions to be in line with the relevant administrative law requirements.

Auchan's appeal to the second instance court was partially successful. The higher court found the HCA's investigation lacked certain details. It considered that the authority could not prove without a doubt that the fee was not a result of pricing negotiations and a compensation for service, but merely a charge imposed on the suppliers. As a result, the second instance court repealed the HCA's decision and ordered a more meticulous investigation into the contracts and the relevant meetings between the suppliers and Auchan. The court instructed the HCA to repeat the proceeding and establish the specifics of the fee's role in the contractual relationship between Auchan and the suppliers.

As a result of the Supreme Court's instructions, the new second instance proceeding focused on Auchan's claims regarding the potential infringement of EU law and the potentially unlawful fine. In March 2019, the second instance court confirmed the initial dismissal of Auchan's actions on the first instance.

This decision – as announced by the HCA's press release – has just been upheld by the Supreme Court. Therefore, after five years of litigation before the Hungarian courts, the HCA's historically severe decision (both in terms of interpreting the law and applying available sanctions) has been confirmed.

The HCA has noted in its press release that as a result of this confirmation it will continue to investigate potential infringements against suppliers and act against larger retail chains abusing their market power. 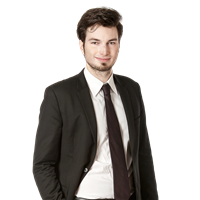