Hungary was one of the first countries in Central and Eastern Europe to fully implement the EU Copyright in the Digital Single Market (CDSM) Directive (2019/790/EU) and the EU Satellite and Cable Directive (2019/789/EU) (for further details please see "Implementation of EU CDSM and Satellite and Cable Directives"). On 6 May 2021 the Copyright Reform (Act XXXVII of 2021) was published in the Official Gazette and most of the new rules took effect on 1 June 2021.

This article takes a more detailed look at some of the new provisions of the Copyright Reform Act and the implications for the media sector.

The Copyright Reform Act introduces a general parody exception as a new case of fair use of copyright works, thereby giving the green light to the free creation of media such as memes and caricatures.

Notably, two decades ago, the InfoSoc Directive (2001/29/EC) offered the choice to member states to implement a general parody exception into their national copyright laws; however, Hungary decided not to take the opportunity. Without a clear-cut legal provision allowing parody in the Copyright Act, the Hungarian courts have interpreted parody strictly, and have stressed that without permission from the copyright holder, parody entails copyright infringement (for example, see the Budapest Court of Appeal decision BDT 2020.2).

The strict approach of the Hungarian courts signalled the necessity of a parody exception that goes beyond the scope of article 17(7) of the EU CDSM Regulation, which discusses parody only in relation to the liability of online content-sharing service providers.

Pursuant to the Copyright Reform Act, all sorts of works under copyright protection (including media) may be used by anyone for caricature, parody or pastiche for an expression of humour or mockery. In the case of parody, it is not necessary to indicate the source media or its author. It is important, however, that the parody does not violate any right of personality. In particular, it cannot be discriminatory.

In Hungarian copyright law, the main rule regarding the form of copyright licence contracts is that they are in written form. This remains unchanged; however, the Copyright Reform Act introduces numerous new exceptions to the main rule in order to facilitate the online use of copyright media.

As an example, licence contracts can now be concluded in any form for the purpose of publication in a press product, including internet press products.

The Copyright Reform Act was the result of extensive consultation with market players and professional organisations, which is reflected in the final outcome. The new provisions provide additional flexibility and serve the interest of both users of media and rights holders. 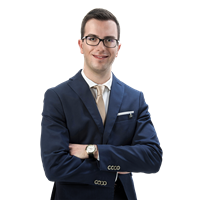