Hungary's new Integrity Authority: what is it and how could it benefit foreign investors?

Hungary's parliament passed a package of anti-corruption laws on 3 October 2022 as part of the commitments made by the government to the European Commission.

Earlier, the Commission officially triggered the so-called conditionality mechanism against Hungary and requested measures to remedy rule-of-law-related issues as well as to increase the transparency and effectiveness of the distribution of EU subsidies. The stakes are high, as the Commission proposed to suspend about EUR 7.5bln of funds allocated to Hungary if the government fails to properly address the Commission's concerns.

The key element of the legislative package is the Act on the Control on the Implementation of EU Funds (Act XXVII of 2022) establishing the Integrity Authority ("IA"), a new watchdog to monitor the distribution of EU subsidies. The IA will start operating from 19 November 2022.

What will be the IA's role and who will oversee it?

Although it will be a national authority, the IA's primary responsibility will be to protect the EU's financial interests. To do this, it should be established as a fully autonomous administrative body that is not bound by any instructions and will only be subordinated to applicable laws. The director and his or her deputies, however, are appointed by the president of Hungary, at the proposal of the president of the State Audit Office, for a non-renewable term of six years. The potential candidates are previously shortlisted by an expert committee whose members are selected through a public international tender.

The IA will take action whenever it detects circumstances that may adversely affect the implementation of EU funds, such as fraud, conflict of interest or corruption. In practice, this means that the IA will monitor all projects and investments implemented in Hungary using EU-related funds. The IA may investigate planned, pending or even past cases. On the other hand, this new entity will not be regarded as a general anti-corruption watchdog, as it will not be entitled to scrutinise any procurement using state funds only.

How can the IA protect the EU's financial interests?

The IA is assigned to analyse, investigate and control. As part of its analytical tasks, the IA performs integrity risk assessment covering Hungarian public procurement practice and produces integrity analysis reports and recommendations.

In its investigative role, the Authority may conduct investigations in individual cases and request the actions of other public bodies. It may request information from any person or organisations, may contact other Hungarian or European authorities, including the European Anti-Fraud Office (OLAF) and the European Public Prosecutor's Office (EPPO), and take evidence on behalf of other bodies responsible for monitoring the use of EU funds.

The IA will prepare a report of its investigation and recommendations, which will be communicated to the person or entity under investigation. If the investigation finds irregularities in the use of EU funds or that recommendations are not being properly implemented, it may refer the matter to the competent authority or court.

Who can turn to the IA?

The IA will carry out a general monitoring role and thus may take action ex officio in any case it deems necessary. Since the IA's activity should primarily focus on major public procurements, any stakeholders, including foreign investors and NGOs, will also be eligible to request the IA to take action. Thus, the IA could become the primary "go-to" authority and source of benchmark for foreign investors in relation to Hungarian investment and public procurement projects.

Furthermore, the IA's procedure commence without a third party's initiation, at the request of another authority, or based on a notification or complaint submitted by anyone. In relation to the latter, the IA is required to set up and operate an online platform where notifications and complaints may be filed anonymously.

What else other than the IA?

Besides the above, a number of other conflict of interest and transparency related changes have been implemented into the public procurement and EU funds distribution regimes.

The amendments also touch on the rules governing public interest data requests, significantly reducing their costs. In addition, the armed officers of the National Tax and Customs Authority (NAV) will have to provide on-site support for the smooth conduct of investigations by the EU's anti-fraud watchdog, OLAF, upon request. And finally, the adopted package also establishes safeguards for the involvement of public consultations and impact assessments in legislative processes. 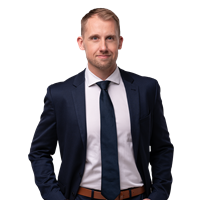