Hungary: The jury is still out – is it lawful to incorporate taxes into flight tickets?

Hungary's parliament passed a package of anti-corruption laws on 3 October 2022 as part of the commitments made by the government to the European Commission ("EC").

Since the introduction of the “extra profit” tax in Hungary in July, Ryanair's dispute with the Hungarian Government has been a hot topic.

Let's briefly revisit the script: the tax is levied on ground handling companies, which then pass it on to the airlines. This was no surprise to anyone – even the Government's income balances include the tax as the one collected from airlines, and ground handling companies are also open about passing the tax onto the airlines. According to recent statistics, the windfall tax has already generated over HUF 3bln (EUR 7.3m) for the state's August 2022 budget.

Immediately after the adoption of the law, Ryanair informed its customers that, as of 1 July, passengers were to bear the extra cost, irrespective of the date of their bookings. Passengers were also provided with the option to opt out and be fully reimbursed for their tickets. Following the immediate increase in flight ticket prices by Ryanair, a consumer protection case was lodged against the company in Hungary. As a result, the Hungarian authorities imposed a HUF 300m (EUR 750,000) fine on the airline, with Ryanair requesting a judicial review of the decision. Since this matter is still pending before the court, it is not yet known whether the consumer protection authority lawfully fined Ryanair for its actions.

Now European Commissioner for Transport, Adina Vălean, without playing a role in the official procedure, expressed her opinion on the issue that has been stirring up public opinion for months. Having already outlined the main legal aspects of this question and examined the general legal framework of pricing, we are once again attempting to look behind the curtain and analyse this matter – now in consideration of the authority's decision and the Commissioner's view.

Commissioner Vălean recently shared her thoughts on the matter in response to a question posed by an MEP. According to the Commissioner, air carriers are free to set their own fares for air services, provided they respect certain transparency requirements and consumer interests, thereby creating equal conditions of competition. Vălean also added that it is the responsibility of the national consumer authorities to assess whether airlines have properly informed passengers in their GTCs about the right to levy taxes after a ticket has been purchased.

The clue is in the communication – how can airlines lawfully increase prices?

In principle, airlines are free to set ticket prices as they see fit, provided they respect the requirements of equal competition and communicate the prices clearly and appropriately to their consumers, i.e. the passengers. Consumer protection law aims to ensure the latter by setting out provisions on how prices are to be communicated. For example, prices are set in compliance with consumer protection law if they are displayed in such a way that they clearly and discernibly show the amount that the consumer will actually have to pay in the given currency (e.g. HUF). The key thus lies in ensuring that the consumer understands exactly how much and for what product or service they are paying. This ultimately means that airlines are at liberty to increase their prices – on account of increased fuel costs or even a newly introduced surcharge, for example – as long as the pricing meets the above communication requirements.

Regulation (EC) No. 1008/2008, which also provides for freedom of pricing in the air transport industry, requires airlines to indicate – in addition to the fare itself – all taxes, charges, surcharges and fees that are foreseeable at the time at which the price is published. This is why the failure to disclose unforeseeable costs or taxes is not deemed unlawful. Case law does, however, also consider it unfair to make the fulfilment of the company's services subject to additional conditions. Companies may not, therefore, boundlessly increase their prices at any time in the future.

The role of opting out in the context of ex-post price increases is also essential. The terms of GTCs which allow for unilateral ex-post price increases may be considered fair under EU and Hungarian law if they also give the consumer the option to opt out of the contract. In other words, if the airline imposes the extra profit tax surplus onto consumers while also offering the possibility of a refund, this seems to be a lawful practice. Whether a refund is a realistic option for passengers is another question. In the case of a refund, it is not easy to find an airline that will take you to the same destination at roughly the same time and whose prices do not include the price increase.

Vălean's position is that it is up to the national forums to assess whether the GTCs make a transparent and clear reference to the possibility of ex-post price increases. In Ryanair's case, the Hungarian authority assessed whether the statement sent to customers is in line with Ryanair's GTCs, and if there is any misleading information within the statement itself. Having said this, the focus seemingly was a bit different in the consumer protection case compared to Vălean's position.

The Hungarian authority found that Ryanair infringed consumer protection law, judging Ryanair's statement to be contradictory to its own GTC, and hence fined Ryanair. Since Ryanair turned to the court, the Hungarian authority's legal assessment and the outcome of its proceedings is not final at all. The court will now review and decide on the lawfulness of the authority's procedure and its decision. Given the length of court proceedings in Hungary, we may anticipate the court's judgment sometime in 2023. 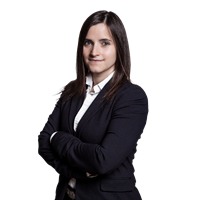