Hungary: Use of electronic documents in employment relationships

With the constant development and advancement of digital technologies, the use of paper-based documents is gradually decreasing in all areas of life. This has affected the form of legal documents used in public administration and court procedures, as well as for contracts.

Generally, if an agreement must be made in writing, so must its amendment and termination. In addition, on an employees' request, an employer must make its statement in written form.

The Labour Code does not precisely define 'written form'. As such, most practitioners agree that the Civil Code applies in this regard.

Apart from the above, the law prescribes no stringent requirements regarding electronic documents. In particular, it does not require parties to use electronic or so-called 'qualified electronic' signatures.

Court practice seems to confirm that emails, text messages and even entries on social media sites can be considered electronic documents and be accepted in an employment context.

In a recent case, a court ruled that a preliminary information notice of a collective redundancy sent to an employee by email could be considered written notice, as it would fulfil the Labour Code's requirements. In other words, the obligation to provide written information can be discharged by sending an email and statements made by email cannot generally be considered as invalid for formal grounds.

Most commentators agree that the development of court practice allows employers to issue even termination notices by means of electronic communication (eg, by email). Given that the concept of electronic documents is interpreted broadly, employers may lawfully apply such practice. However, in the case of a dispute, the employer must be able to prove, among other things, that:

As noted above, the Labour Code does not explicitly:

In addition, neither the law nor court practice require the parties making statements to sign them electronically.

In a recent case, an employee challenged the validity of a mutual termination agreement as the paper-based document had not been signed by the employer's representative; rather, the business stamp of the employer and the signature stamp of the managing director had been used. The court accepted that the document was valid as the employer's managing director had signed it with a 'signature stamp' (ie, no handwritten signature was required).

-----------
We're on top of legal developments in Austria and CEE. Are you? Subscribe to our weekly updates! 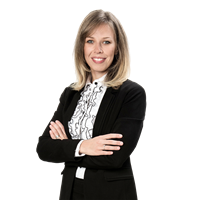